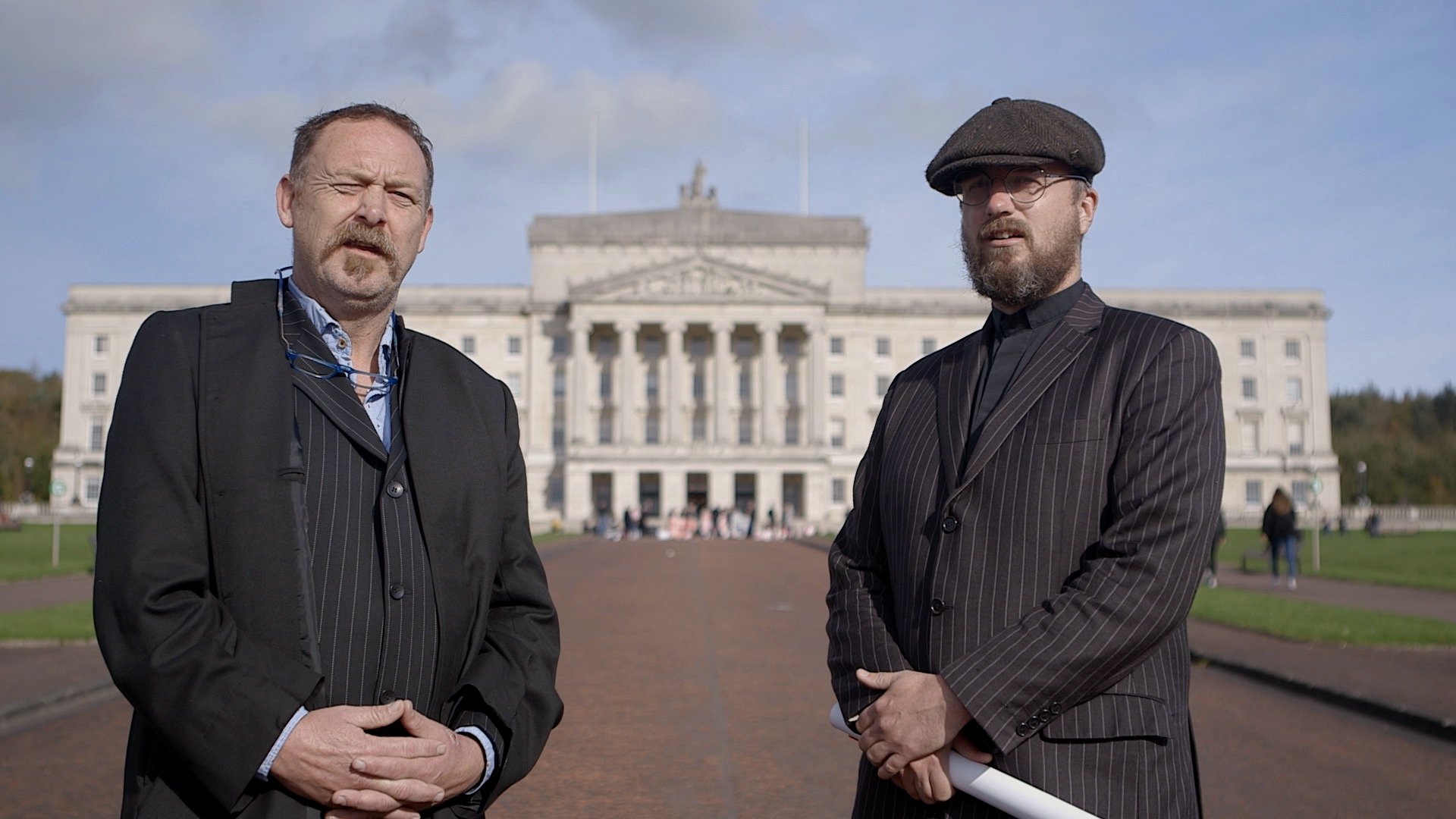 At midnight on 22nd October 2019, marriage equality rights were finally extended to Northern Ireland. With no sitting government in Stormont for three years, the law was passed through Westminster, much to the horror of the evangelical Christian right and the DUP.

Meanwhile, in a quiet corner of east Belfast, a radical theatre group was in the process of creating the world’s first ever ‘documentary opera’. Led by enigmatic artistic director Conor Mitchell, The Belfast Ensemble were taking every homophobic phrase said by DUP politicians over the past 40 years, and putting it to music, verbatim. The opera is called Abomination, after the infamous Iris Robinson phone call to the Stephen Nolan Show where the then Health Minister of Northern Ireland described homosexuality as shamefully wicked and vile, live on air. The full-length opera investigates the power of language in the hands of politicians, and the damage it can do when used irresponsibly.

The documentary follows The Belfast Ensemble’s progress from their first week of rehearsals in a church in east Belfast, right through to their sold-out performances in the Lyric Theatre, of a show which went on to garner a 5-star review from The Guardian, and listed as one of The Observer’s ‘Top 10 Classical Music Performances of 2019’. The film encapsulates the protest and celebrations around the historic introduction of marriage equality in Northern Ireland, and questions the role of art as protest in our troubled political times.