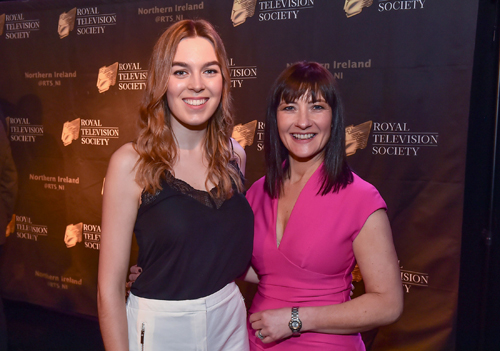 In partnership with Northern Ireland Screen, the RTS NI Student Television Awards recognise the importance of education within the growing creative industry sector in Northern Ireland.

Kieran Doherty, Chair of RTS NI and joint MD of Stellify Media, who studied at the Belfast Institute of Further and Higher Education said: “As an educational charity these awards enable the RTS to showcase the brilliant talent emerging from our third level colleges. This year’s entries all displayed  high standards of creativity, storytelling and technical capability and I know the judges had a difficult task selecting our winners, I trust these awards will assist all the students in their future careers.

“We have built-up a strong relationship with the local colleges, which play a vital role in ensuring our emerging talent graduate with the necessary skills ready to start work in the exciting and growing creative industry in Northern Ireland.”

“Congratulations to everyone who has taken part in this year’s awards. Winning an RTS NI Student Television Award gives these students a prestigious accolade to help them with their future careers. Northern Ireland Screen is delighted to be able to support these awards which are a great way to nurture and encourage the fantastic creative talent we have in Northern Ireland.”

“These awards are an amazing platform to showcase the wealth of young talent from across Northern Ireland. I really enjoyed meeting all the nominees, seeing what they’ve created on the big screen and telling them about my personal journey into broadcasting. The real winners are those who made the most of the opportunity provided by the RTS to network and meet potential employers and find out what opportunities are up for grabs.”

Sponsored by Stellify Media, Westway Films, Performance Film and Media Insurance, and UTV, the winners of these Awards go forward to the national RTS Student Media Awards which will be held in London later this year.