New drama ‘Counsel’ on BBC One NI on Monday 15 April 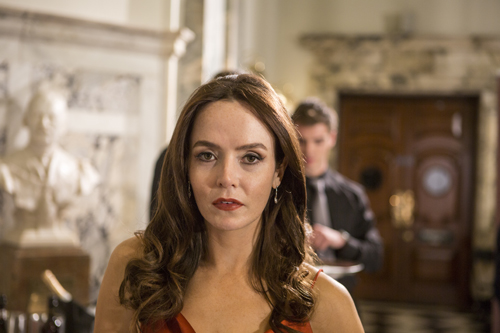 Written by newcomer David Allen and directed by Declan Recks (The Truth Commissioner) Counsel is a new drama from BBC Northern Ireland telling the story of Olivia Harley, a female barrister who complicates her professional and personal life when she takes on the case of a young client.

Olivia, played by Valene Kane (The Fall, Thirteen, Rogue One: A Star Wars Story), has it all: a powerful career as a senior barrister specialising in family law and a husband in the running for Lord

Eighteen-year-old Gareth’s mother died when he was 15. He finds himself in difficulty when his private school threatens to suspend him as a result of missed fees after his father suffers a stroke. Olivia becomes involved with Gareth’s case to petition the school and insurance company to pay his school fees.

As the relationship between Olivia and Gareth deepens – we witness what happens when these two worlds collide?

Counsel is one of two new dramas commissioned for the New Perspectives drama initiative. Written, produced and filmed in Northern Ireland these dramas portray and represent Northern Ireland on screen in new ways, nurture and develop new talent both on screen and behind-the-scenes and continue to support the local creative sector.

The other drama, Ups & Downs stars Susan Lynch (Ready Player One, Waking Ned, Killing Eve) as the mother to a 22-year-old son with Down’s syndrome, played by newcomer James Martin, and 18-year-old daughter, played by Rosie Barry (Pablo). The two siblings head off on an entertaining road trip to Belfast to attend a highly anticipated gig without their mother’s permission.

This scheme was made possible by the £11m of additional BBC funding into content over a three year period to enable BBC Northern Ireland to produce more drama, factual and comedy content on BBC One Northern Ireland; boost its service to younger audiences and transform its digital output across news, sport and other areas.