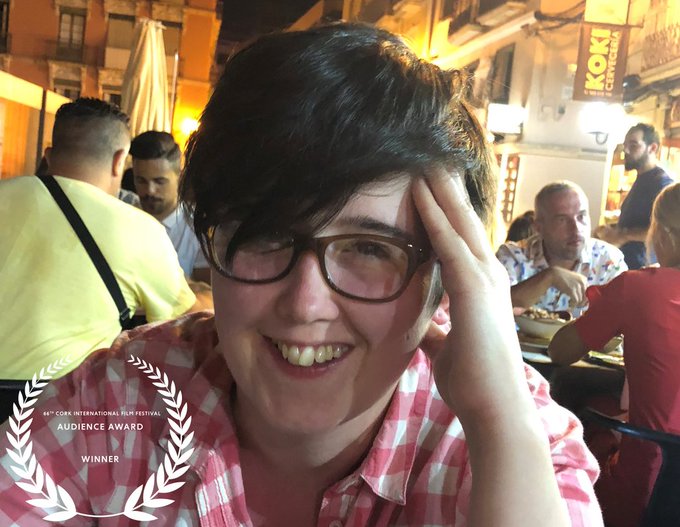 The 66th Cork International Film Festival (CIFF) wrapped up on Sunday evening following the presentation of a full world-class programme. The Feature Audience Award at this year’s festival went to Northern Ireland Screen-backed Lyra, directed by Alison Millar, which celebrated the life and work of journalist Lyra McKee.

Lyra is an emotive, intimate portrait of the life and death of Belfast journalist Lyra Mckee, who was murdered by the New IRA the day before Good Friday, April 2019. Directed by her friend, documentarian Alison Millar, the film seeks answers to her senseless killing through Lyra’s own work and words. In just 29 years, she rose from working-class roots in the epicentre of war torn Belfast to become an internationally renowned investigative journalist, who sought justice for forgotten crimes amid the euphoria surrounding the 1998 Good Friday Peace agreement. As the voice of her ceasefire generation, Lyra represented hope for a future free of conflict. Her killing casts a dark shadow over a land trying to shake off the shackles of its violent past.

Alison Millar said: “My amazing team and I are absolutely thrilled to receive Cork International Film Festival’s very special Audience Award for our feature documentary, Lyra. Thank you so much to everyone who took the time to vote,” said director Alison Millar. “The film’s purpose was always to share Lyra McKee’s voice and words far and wide, and for the public to have voted for us to win such an incredible accolade within such a strong field means so much and will help to amplify Lyra’s work further.”