Second year of See Yourself on Screen challenge unveiled 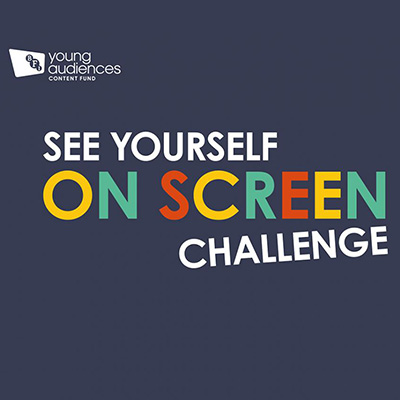 BFI’s See Yourself On Screen challenge (SYOS) calls upon young people aged 4 to 18 from across the UK to create their own idea for a mini-TV show for the future, with winners seeing their show made with the help of a team of professionals and premiere on national television. Backed by TV personality and star judge Konnie Huq, winners will be paired with a celebrity mentor per channel who will help them bring their idea to life, before their short airs on a broadcaster later this year.

The SYOS challenge is a pan-industry initiative, led by the BFI through its Young Audiences Content Fund (YACF), which is financed by the UK government, alongside a collective of industry partners and broadcasters. Channel 5’s Milkshake!, CITV, E4, S4C, and TG4 are supporting as broadcaster partners and will each air the winning entry for their channel, while Animation UK, BAFTA Kids, Children’s Media Conference, Into Film, PACT and Northern Ireland Screen are also backing the challenge.

This year, the SYOS challenge launched on Wednesday 9th June, which marks the 75th anniversary of the first regular children’s programmes airing  in 1946. After the end of the Second World War and with an expanded schedule to fill, regular programming for children was launched and a live BBC Sunday afternoon programme known as Children’s Hour or For the Children – featuring the famous puppet Muffin the Mule with presenter Annette Mills – was given a regular slot. Entrants for this year’s challenge will be asked to submit an idea for a TV show set 75 years from now, in 2096.

In line with the aims of the YACF, the SYOS challenge seeks to encourage children and young people to engage with television, offering them an opportunity to share their ideas for the future of children’s TV, work that is inspiring, informative, reflective and inclusive. A key aim of the fund is to encourage the creation of high quality, free-to-air public service television programmes which reflect the lives of children and young people in the UK.

Entrants are asked to submit an initial 30-second video, summarising their idea for a two-minute-long mini TV show set 75 years from now. Entrants will be offered digital masterclasses with an experienced figure from the television industry, who will help each finalist turn their idea into reality. The resulting two-minute mini-TV show will then premiere on one of the partner broadcasters this autumn.

TV presenter Konnie Huq said: “We know that television can be a huge asset in helping children and young people explore and learn about the world around them. Not only can it be an invaluable educational asset, it can give them an outlet to express themselves in new and exciting ways, learn new things and develop their sense of citizenship. I’m so excited to be the judge in this challenge, allowing young people to express ideas, tell their stories for the future and see themselves reflected on screen is a beautiful thing.”

Jackie Edwards, Head of the BFI YACF said: “Last year’s See Yourself On Screen challenge brought a lot of joy and fun to young audiences during lockdown. We can’t wait to see what brilliant ideas emerge from entrants as they look positively to the future and the sort of television they see for themselves!”

The closing date for entries is 2pm on Monday 28th June and successful shortlisted entrants will be notified by Wednesday 14th July.