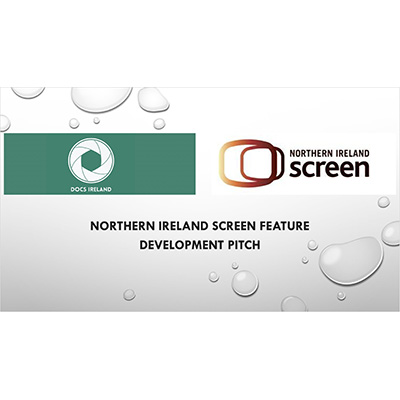 Docs Ireland and Northern Ireland Screen are offering a chance for documentary makers, from established filmmakers to new and emerging talent, to receive an award of up to £7,500 towards a pilot for a documentary feature.

The shortlisted projects, listed below, will present their project at a public pitch at Docs Ireland where they will receive feedback from a panel of leading documentary industry players on Thursday 26th November.

Thank you to sponsor Yellowmoon for their support to deliver this event.

Two opposing narrators depart on separate journeys to present alternative answers to a provocative question…who are the Irish, and where did we cone from? Ultimately leaving the viewer to decide which version of the truth they prefer.

An intimate portrayal of a community of activists, creative artists and misfits told through lesbian lines – one of the oldest LGBT + helplines in the world.

Shay: The life and Campaigns of Shay Cullen

Fr. Shay Cullen has spent five decades rescuing exploited children from the sex industry and adult prisons in the Philippines. This feature documentary is an intimate portrait of a humanitarian hero.

Heavyweight Champion of the World Joe Frazier embarked on a musical tour of Ireland and Northern Ireland at the height of the troubles. With disastrous results.

In search of cult hero Hari Dzekson, a Balkan Western film director, Dublin based and Croatian-born artist and photographer Dragana Jurisic retraces his mythical story, and decides to re-enact one of his films using the local population as actors from both sides of the ethnic divide. Returning to the home which she fled, she follows a ghost through a county of Yugoslavia that has long since disappeared.

A reconstruction of events surrounding a secretive British torture programme in Northern Ireland frames an examination of the evolution of state violence.