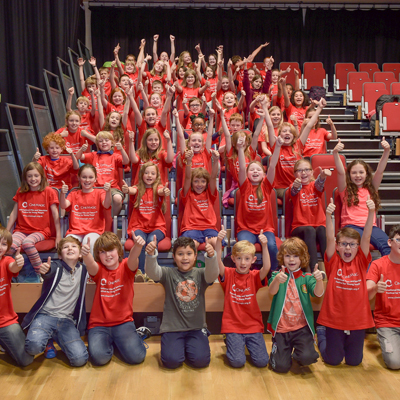 Cinemagic has launched its annual call for young film enthusiasts to take on the role of ‘film consultants’ this July in Belfast, to help programme a series of films for the annual Cinemagic  Festival that takes place from 6th-29th October 2017.

The participants in the young consultants scheme will work with the Cinemagic team in Belfast to help steer the choice of films for the Festival, as they watch and critique films from around the globe! If you know a budding film critic who would enjoy the opportunity to spend time with Cinemagic, this is a fantastic opportunity to meet other like minded young people and have fun deciding the content of the largest film festival for young people in the UK and Ireland.

Chris Shaw, Cinemagic Programmer said: “ We are looking forward to welcoming young people aged 8-18, to our annual young film consultants panel, which has been one of the longest running initiatives of the Cinemagic Festival since its inception 28 years ago. The young film consultants will have the opportunity to watch and review international films guided by the Cinemagic team and there will be lots of opportunities for discussion and debate around programming.”

For full details and how to apply please visit the Cinemagic website.