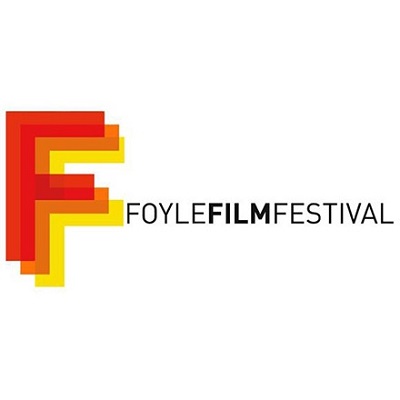 In a year full of change and challenges, the 33rd Foyle Film Festival has gone virtual, with many of the films in the programme reflecting this year’s theme. The festival will take place online from Friday 20th to Sunday 29th November 2020.

The festival launches with Falling, the directorial debut of actor Viggo Mortensen. The film stars Mortensen as John, a man who must cope with the profound changes happening to his father Willis, who is suffering from dementia. Matters complicate further when the conservative Willis comes to live with John and his partner, Eric, in Los Angeles. Mortensen explores the universal challenges and conflicts of family relationships through a contemporary lens.

The festival programme explores the lives of individuals and families dealing with difficult and challenging situations – including physical and psychological conditions. In Eternal Beauty, Sally Hawkins is a woman living with paranoid schizophrenia after a diagnosis in her 20s. Since then, her life has been shaped by breakdowns and institutions. The authenticity in the film reflects director Craig Roberts’ personal experience of having witnessed this difficult condition through the eyes of a family member.

While the closing night film, Irish movie Rose Plays Julie, is the story of a young woman searching for her biological mother. Set against a backdrop of misogyny, revenge and longing. Rose undertakes a journey that leads her to revelations that are both devastating and dangerous.

The festival is delighted to partner with Belfast Film Festival to screen the new documentary on the life and career of Martin McGuinness. Directed by Sonia Nic Giolla Easbuig, Martin McGuinness – I Fought, I Made Peace, I Made Politics features a wealth of interviews and personal memories from political colleagues, opponents, family and friends. This film sheds new light on the life and career of this controversial political figure, and a man who contributed so much to the Peace Process.

As the world responds to the changes and challenges imposed by Covid-19, veteran filmmaker John Pilger’s latest film The Secret War On The NHS could not be more timely. The film takes us through a history of threats to Britain’s National Health Service, from its founding by Labour in 1948 through a privatising push by Margaret Thatcher’s government, to challenges by new Conservatives. The film exposes how the dismantling of the NHS has exposed a health care system that was already on its knees, and is now struggling to deal with a devastating pandemic.

Music has always been an important element of the Foyle Film Festival, and this year is no exception with new film Stardust chronicling 24-year-old David Bowie’s 1971 trip to America to promote his newest record, The Man Who Sold the World. But the US is not ready for Bowie and he realises he needs to reinvent himself. This realisation gives birth to his iconic, celestial alter-ego Ziggy Stardust and the rest, as they say, is history.

My Darling Vivian is the story of Vivian Liberto – Johnny Cash’s first wife – as told for the first time by their four daughters. Cash’s marriage to June Carter is well-known, but this documentary shines the spotlight on his relationship with his first wife, Vivian. In the mythologised version of the Johnny Cash story, his second wife and collaborator, June Carter, is portrayed as the woman who rescued him from the dark side of fame. This version of Cash’s life was immortalised in the film Walk The Line. In the film, Cash’s first wife Vivian, on the other hand, was relegated to the sidelines when in fact she was the inspiration for his iconic song “I Walk the Line”. This fascinating documentary attempts to salvage the reputation of a woman believed to be misunderstood and shoved into obscurity.

As always, the festival is delighted to present the Oscar ® and BAFTA affiliated Light In Motion (LIM) Short Film Competition, with the best in Irish and International short films and animations from around the world screening online throughout the festival.