Applications open for the Marketplace at the 2019 Galway Film Fair 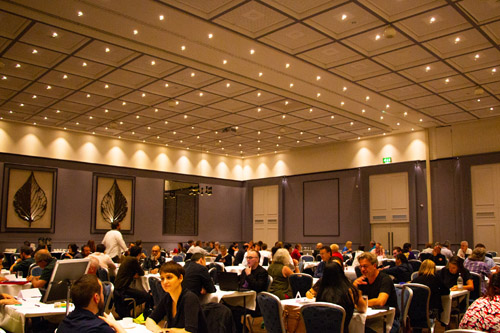 The Galway Film Fair has a number of unique selling points:

Alongside the marketplace, many other industry events take place at the Galway Film Fair including the Fleadh Forum, an annual industry conference, as well as masterclasses, workshops and networking events.

“I attend the Fleadh regularly because I’m always finding a new filmmaker, project or producer that shows real promise to deliver on the international stage. It’s an extraordinarily useful, efficient platform to help identify what’s coming down the road and it’s a bridge for us to the greater European film community, especially those talents who have yet to be recognized.” – Eamonn Bowles, Magnolia Pictures.

To participate in the Marketplace at the Galway Film Fair, applicants must have either a project in development or a completed film/documentary. Applicants should note that priority will be given to projects which have a percentage of development and/or production finance in place.

For further information or to complete the online application, visit fair.galwayfilmfleadh.com.