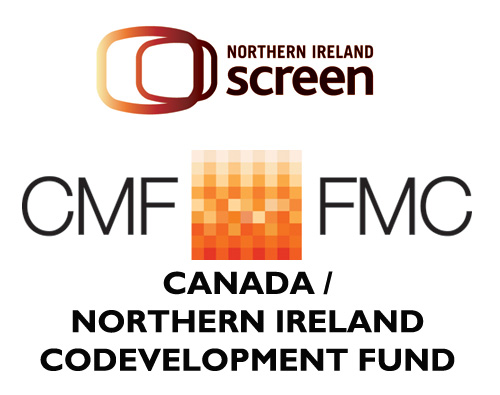 Canada Media Fund (CMF), Broadcasting Authority of Ireland (BAI) and Northern Ireland Screen (NIS) has announced details of the 2019 rounds of their codevelopment funding incentives, which include a total investment of $400K (£230K) for Canadian-Irish projects. The announcement was made at the Celtic Media Festival in Aviemore, Scotland, where Canada is guest country at a gathering of media industry leaders of the six Celtic nations.

“The CMF’s incentives with the Broadcasting Authority of Ireland and Northern Ireland Screen give creators on both sides of the Atlantic the opportunity to push the geographic and creative boundaries of storytelling in a globalized media world,” said Valerie Creighton, President and CEO, CMF. “Given the linguistic, historical and cultural ties that bind our countries, it was only fitting that the CMF continue its successful partnerships with both funding organisations; allowing storytellers in our countries to create culturally resonant stories and develop innovative media that appeal to audiences in Canada, Ireland and beyond.”

Now in its fourth consecutive year, the Canada-Ireland Codevelopment Incentive for Audiovisual Projects will fund the codevelopment of television projects and digital media extensions of such television projects, which fulfill both the guidelines of the CMF and the objectives and themes of BAI’s Sound and Vision Scheme. The amount available for this year will be CAD$200,000 (€133,000) with half the funds contributed by each funding organisation. The total maximum contribution for each project funded through the Incentive will be CAD$50,000 (€33,000).

Since the first codevelopment incentive between Ireland and Canada launched in 2016, the CMF and BAI have provided over CAD$518,000 (€343,000) to finance the codevelopment of 11 projects.

“This Scheme gives producers in Ireland and Canada an opportunity to combine creative talent to develop compelling television and film projects that appeal to both Irish and Canadian audiences,” said BAI Chief Executive Michael O’Keeffe. “Co-development support encourages Irish producers to focus on the potential offered by international collaboration in the current competitive media environment. The scheme has been a catalyst for new creative partnerships between producers in Canada and Ireland and we expect significant interest in the 2019 Round”.

Producers interested in applying to receive funding through this incentive can access the guidelines by clicking here. The deadline to apply will be September 19, 2019.

Now in its second consecutive year, the Canada-Northern Ireland Codevelopment Incentive for Audiovisual Projects funds the codevelopment of television projects in the drama, documentary, animation or education genres, or digital media content made for other platforms, including web series, video games, transmedia projects, and virtual or augmented reality.

Richard Williams, CEO, Northern Ireland Screen, said: “One of Northern Ireland Screen’s main aims is to support the development of, and invest in our wealth of creative talent; continuing our partnership with CMF on this co-development initiative is a perfect way for us to achieve this.  This funding facilitates a meaningful opportunity for production companies here to collaborate more closely with Canada. We look forward to seeing what exciting projects will be developed through the scheme this time round.”

Producers interested in applying to receive funding through this incentive can access the guidelines by clicking here. The deadline to apply will be October 22, 2019.

Producers interested in finding an international partner as part of this development incentive are invited to post a profile of their company on the CMF’s website by clicking here. Profiles will be accessible to all, including potential partners from other countries.

For further information on the above initiative, including guidelines information, please click here.