True North: From Tractors To Actors on BBC NI 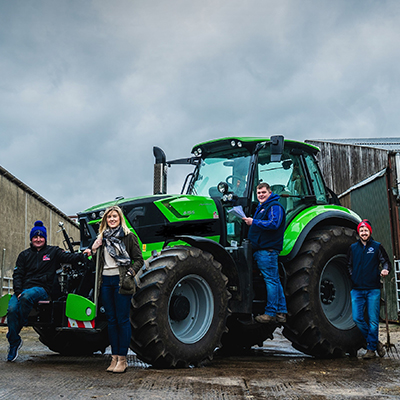 True North: From Tractors To Actors follows Moycraig Young Farmers as they trade the field for the stage and tour a Three Act-Play around Northern Ireland before returning to Mosside in County Antrim for a homecoming show. Produced by Afro-Mic Productions with support from the Ulster-Scots Broadcast Fund, the documentary airs on Monday 31st May at 10:30pm on BBC One Northern Ireland.

Just like the lands they plough, these scripts have been passed down through the generations with each drama group giving the production its own unique twist.

Since 1942, the Moycraig Young Farmers have swapped their wellies and sheep shearing for dancing shoes and hilarious monologues. This year they’re performing Sam Cree’s ‘Married Bliss’.

Not only will viewers follow the young farmers as they begin rehearsals and start the construction of the set, they will also follow the actors in their daily routines and get a feel for who they are and what their Ulster-Scots heritage means to them.

The annual showcase is a tradition that belongs to them and their ancestors. It is something they are fiercely proud of – although their dedication to learning their lines wouldn’t always give that impression, as is the way with the young farmers – it is often last minute!

With the Coronavirus having put a stop to all live performances we follow the group as they come to terms with not only their tour being cancelled but also not getting to perform their big homecoming gig for their tight knit Ulster-Scots community – an event that has only been missed once in its near 70 year existence.

With all the drama can they rally together to keep their long-standing tradition alive?