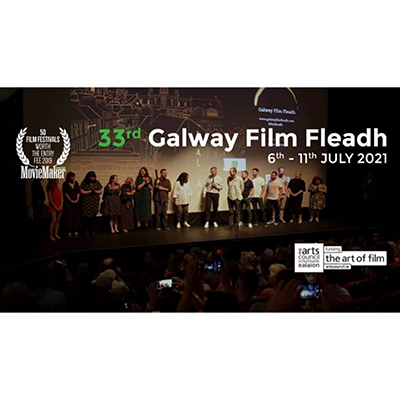 Approaching the end of a challenging year, and with a successful outing as the first major Irish festival to pivot to an online event, it is the fervent hope of everyone at the Film Fleadh to welcome audiences back to Galway in July.

While we await certainty around the future of large gatherings in the next year, 2020 has demonstrated that whatever restrictions may be in place, the next edition of the celebrated event will take place regardless.

Filmmakers or companies with works-in-progress or completed work ready to debut in the new year, are encouraged to begin the submission process early.

The Galway Film Fleadh awards both Irish and international films selected for competition in the following categories:

There are also individual awards including:

Winners in recent years include Redemption of a Rogue, Henry Glassie: Field Work, Extra Ordinary, Breaking Out, For Sama, A Bump Along the Way, The Dig, Katie, Michael Inside and God’s Own Country among many others.

Early Bird entry fees are at a discounted rate of €30.

After the Early Bird Deadline, the fee will increase to the Regular price of €40.

For more information and to apply visit www.galwayfilmfleadh.com.

The Galway Film Fleadh is funded by the Arts Council.