On the passing of Tom Collins 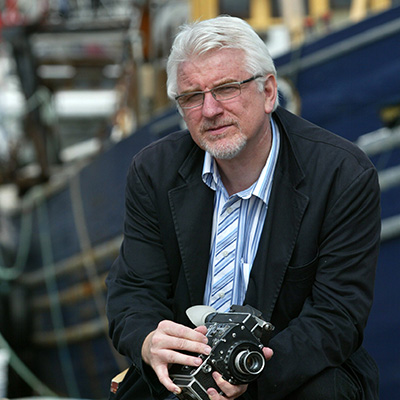 Northern Ireland Screen was saddened to hear of the death of filmmaker Tom Collins.

The Derry-native had an acclaimed career across three decades as a director, writer and producer and he leaves an impressive legacy behind. Tom’s work in the Irish language was particularly notable; he was the writer and director of the ground-breaking film Kings, which was Ireland’s first ever submission to the Academy Awards in the Best Foreign Language Film category in 2008. In 2015, another of Tom’s films An Brontannas was Ireland’s submission.  In 2016 Tom produced his third Irish language feature film, Penance.

Tom wrote and directed the animated adaptation of An Béal Bocht. The film was nominated for an IFTA and won Best First Animation at the Galway Film Fleadh in 2017.

Our thoughts are with Tom’s family and loved ones at this time.

Funeral at 12 noon on Thursday 28th July, can be viewed here: https://www.funeralstreaming.co.uk/viewing-room/22235/