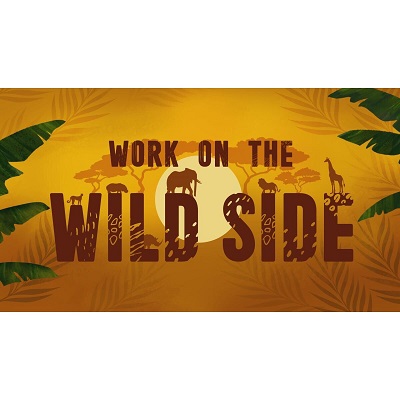 Work on the Wild Side is a new twenty-part series which follows vets and volunteers who gave up their day jobs in the UK and moved to South Africa to rescue, rehabilitate and release some of the world’s most endangered animals.

The series, which was produced by Waddell Media and received funding from Northern Ireland Screen, will air from Monday 18th May every weekday at 4pm for four weeks on Channel 4.

Each hour-long programme transports us to South Africa, where we will see our vets and volunteers relocate giraffe, rescue a two week old hippo, become surrogate mums for orphaned monkeys, give mouth to mouth resuscitation to a cheetah and assist in the process of dehorning a rhino – all in a day’s work.

The series captures South Africa’s vibrancy and colour while shining a light on the critical conservation issues affecting these most vulnerable of species.

It’s an emotional rollercoaster as our wildlife heroes let us into their lives and talk about their passion to save animals in danger of extinction, from penguins and sharks in the Western Cape to the ‘Big Five’ in the Northern Plains.

With production units working across dozens of different locations, the series was shot on location in South Africa by Waddell Media, a leading producer of factual, lifestyle and entertainment programming for the UK, Irish and international markets, based in Holywood, Co Down.