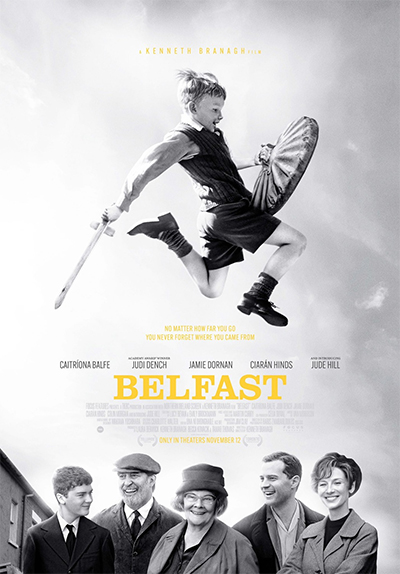 Belfast is a poignant story of love, laughter and loss in one boy’s childhood, amid the social and political tumult of the late 1960s. It stars Caitríona Balfe, Judi Dench, Jamie Dornan, Ciarán Hinds and introduces 10-year-old Jude Hill.

Belfast will be released in cinemas across the UK and Ireland on Friday 21st January.