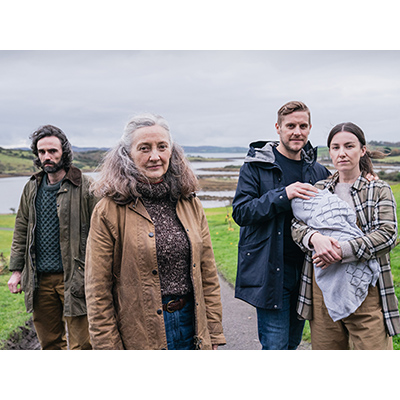 DOINEANN, the Irish for ‘stormy weather’, will be released in cinemas on Friday 28th January. Acquired by Wildcard Distribution, the tense Irish language thriller is a feature debut from Damian McCann with the screenplay penned by Aislinn Clarke.

Starring Love/Hate actor Peter Coonan, Bríd Brennan (Calm With Horses, Brooklyn), Clare Monnelly (Moone Boy) and Sean T. O’Meallaigh (Vikings), it tells the story of the disappearance of a woman and her baby on a remote Irish island. Her husband (Coonan) must put his trust in the island’s retired policewoman (Brennan) to help find his family before a storm hits the island.

Since the film’s world premiere at the Galway Film Fleadh earlier this year it has gone on to screen at Newport Beach Film Festival in California, Foyle Film Festival and Belfast Film Festival where star Bríd Brennan was presented with the Reálta Award for Outstanding Contribution to Cinema.