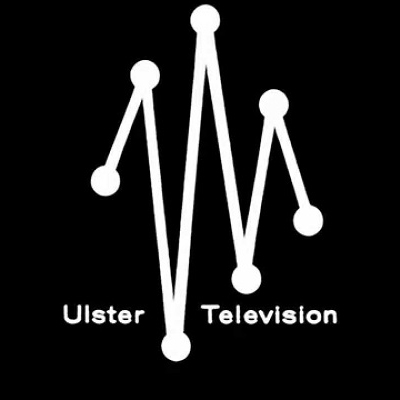 UTV turns 60 today and, to mark this milestone birthday, interviews with a group of former and current staff members have been released in which they share their memories of working at the station, provide insights into the programmes that UTV produced, and consider what made the station so special.

UTV first aired at 4.45pm on 31st October 1959, becoming the first commercial television broadcaster on the island of Ireland. UTV’s output over the years has featured a diverse range of genres including entertainment, factual, children’s television, local news and current affairs.

This series of interviews is the latest initiative coming out of the partnership between the Public Record Office of Northern Ireland (PRONI), Northern Ireland Screen’s Digital Film Archive and ITV, a project which aims to safeguard and preserve historically significant material from the extensive UTV Archive.

There are interviews with Jacqui Berkeley, who charts her long and varied career in UTV, alongside fabulous footage of some of the programmes she presented, produced and directed. Former Kelly Show producer, Davy Donaghy tells great stories from behind-the-scenes of the iconic Friday night chat show, as he reminisces about some of Gerry’s most famous interviews.

Andrew Crockart started in UTV as a Studio Manager in the early 1960s and was soon directing news, documentaries, and Irish music programmes. He talks about the innovations in reporting styles during the era and recounts how he overcame challenges on location whilst making certain early programmes. He also recalls how the pub across the road from UTV’s studios, at Havelock House, was the breeding ground for a lot of programme ideas.

Also, in this series of interviews, Pauline Russell, UTV’s Library Manager, explains the importance of the archive and how the footage has incredible value – not just for ITV – but for film and programme makers from all over the world. As she notes, the most requested clips are still, ‘unfortunately, of The Troubles,’ with footage of DeLorean and a young Rory McIlroy also much in demand. However, Pauline hopes that more ‘nuggets of gold’ will be unearthed from amongst the uncatalogued material digitised through the partnership project. Her own most memorable finds from the archive, include footage of a 16-year-old George Best and, surprisingly, of her own grandfather, spotted in the background of a news piece about the gasworks. She’s delighted that interviews with WWI veterans, produced in 1966 to mark 50 years since the Battle of the Somme, have now been digitised and preserved for the future.

Francis Jones, Heritage and Archive Manager at Northern Ireland Screen said, “The partnership in preserving UTV’s culturally rich archive through an ongoing digitisation programme will help protect and make accessible this valuable screen heritage, now and for generations to come. It’s an exciting project, not least because the more we digitise, the more amazing footage we discover. The interviews with former and current UTV staff have not only provided valuable context to this footage but have also allowed us to better understand the working life of the station. I hope we’ll be able to add to this initiative in the future, with further interviews marking more milestone moments in the history of UTV.”

Michael Willis, Director at PRONI said: “The UTV archive is one the most significant additions to PRONI’s collections in many years, encapsulating as it does the history of Northern Ireland during the latter part of the twentieth century. Preserving the archive and providing context to it is paramount to protect our diverse culture and to enable future generations to see how events large and small have helped shape who we are today.”

The public can access digitised content via Northern Ireland Screen’s Digital Film Archive, where almost 400 items from the UTV collection – covering a wide range of programmes, personalities and events – are available to view. Dedicated outreach activities will also allow members of the public in Northern Ireland to enjoy the cultural and educational value of the content.

Terry Brennan, Head of News and Programmes at UTV said, “The importance of this valuable archive cannot be underestimated, and the addition of interviews from those long serving employees give a lovely insight to life in UTV at the time that programmes were being made. It’s a lovely way to mark our 60th birthday.”