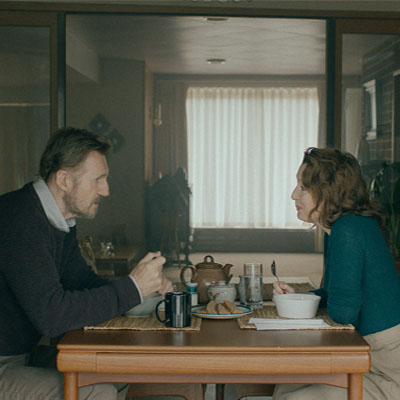 It has been announced today that Lisa Barros D’Sa and Glenn Leyburn’s Ordinary Love will have its world premiere at the prestigious Toronto International Film Festival. Filmed entirely on location in Northern Ireland with funding from Northern Ireland Screen, Ordinary Love will be presented at a gala screening on Sunday 8th September. Academy Award nominees Lesley Manville (Phantom Thread) and Liam Neeson (Schindler’s List) star as an everyday couple with an extraordinary love, who must find the humour and grace to face a year of adversity.

Ordinary Love is the third feature from the directing duo following the critically acclaimed Good Vibrations (2012) and Cherrybomb (2009).

Directors Lisa Barros D’Sa and Glenn Leyburn said: “We are thrilled and honoured to be premiering Ordinary Love with a Gala Screening at TIFF. Our film is a celebration of love, its beauty and pain, its small moments and great challenges. We look forward so much to sharing it with an audience for the first time at this wonderful festival.”

Producer Brian J. Falconer said; “Today’s news is incredible! For Ordinary Love to have a Gala World Premier at TIFF 2019 is really as good as it gets.”

Richard Williams, Chief Executive of Northern Ireland Screen, said; “We are thrilled to hear that Ordinary Love will premiere at one of the most important film festivals in the world, and we offer our huge congratulations to Lisa, Glenn, Owen, Brian, David and everyone involved. Being selected for a gala screening at Toronto is real testament to the world-class talent working in the industry here in Northern Ireland. Ordinary Love tells a beautiful story of love and survival that we can all relate to, the audience at Toronto is in for a real treat.”