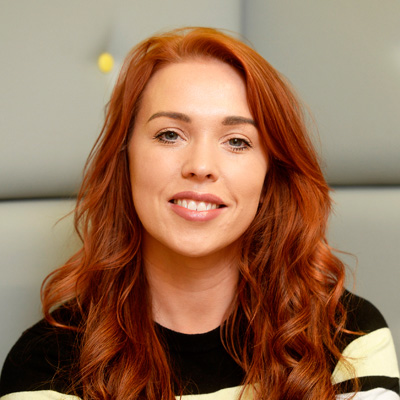 The year-long post will see Maeve act as liaison between BBC Three and BBC NI commissioning to help pilot projects from Northern Ireland based production companies receive funding and development.

Prior to accepting the role, Maeve worked with Stellify Media developing a range of content such as Flinch (Netflix), Who Wants To Be A Millionaire (ITV), Blind Date (Channel 5) Beauty Queen And Single and Parents’ Evening (BBC NI), while her production credits include The Lodge (Disney) and Hive Minds (BBC Four).

Maeve is a graduate of the BBC NI and Northern Ireland Screen Aim High trainee scheme which aims to provide young people with experience in the Northern Ireland creative sector. As part of her Aim High apprenticeship, Maeve worked with Stellify Media, Waddell Media and Disney.

Maeve says: “I’m delighted to be appointed to the role and can’t wait to get started. We have some of the most talented producers in the UK and I’m looking forward to helping them find a home for their ideas on BBC Three and BBC Northern Ireland.”

Richard Williams, Chief Executive, Northern Ireland Screen says: “The way in which we are consuming content is becoming more and more fragmented, traditional TV is just one part of that mix. Competition for viewing time is increasingly evident and broadcasters are having to work harder than ever to engage young audiences. This new Youth Executive role created through our partnership with BBC is a great way to try and address this and find local content that portrays Northern Ireland to young audiences all across the UK. We wish Maeve every success as she takes on this exciting challenge.”

Eddie Doyle, Senior Head of Content Production, BBC Northern Ireland, says: “We are committed to providing bespoke content with local relevance to 16-34 year olds and portraying Northern Ireland to wider audiences. This is an exciting appointment, made possible through our partnership with Northern Ireland Screen and we look forward to working proactively and productively with our colleagues in BBC Three.”

Fiona Campbell, Controller, BBC Three says: “I’ve spoken about how I want BBC Three to collaborate more with the nations and regions, develop new creative partnerships and work with local talent. Young audiences all over the UK are key to BBC Three and this partnership allows us to expand our offering and tell more stories that matter to young people in Northern Ireland.”