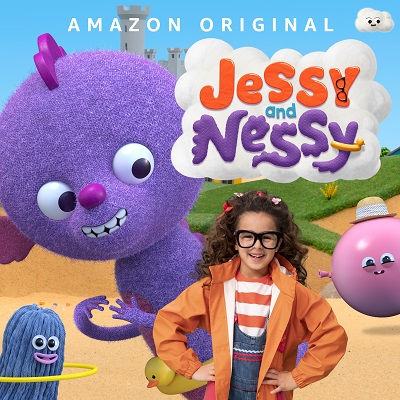 Jessy and Nessy, a new preschool series about a young girl with magical spectacles and a curiosity that needs feeding is streaming on Amazon Prime Video from today, Friday 13th March. The 40 x 11’ series was made by Jam Media in Belfast with funding from Northern Ireland Screen.

Jessy’s Inspectacles allow her to see a whole hidden world full of animated characters. Jessy relies on her human and animated community, to help her understand her world in a fun, imaginative, heartfelt way.

Inspired by a desire to make glasses a positive thing for kids, the show’s mixed media approach allows it to ground the world of animated characters and puppets in reality through the character of Jessy.