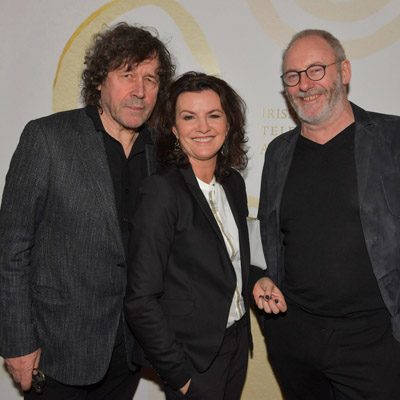 The Plan clearly outlines IFTA’s core vision, ambition and development plan for the Academy over the next five years; as an all-Ireland not for profit organisation and central Hub for the Irish filmmaking community; delivering its mission to encourage, reward and inspire professional excellence through a diverse year-round Programme of Learning events; mentoring, masterclasses, tributes, discussions, as well as delivering the annual Irish Academy awards.

IFTA was founded in 2003, and over the past 16 years has already delivered over 450 learning events, 18 awards ceremonies, paid tribute and honoured 23 Irish industry Veterans with the Lifetime Achievement Awards, and has presented 694 Irish Academy Award statuettes to industry professionals, including Rising Star awards throughout the years to young talents such as Saoirse Ronan, Michael Fassbender, Domhnall Gleeson, Sarah Greene,  John Michael McDonagh, Jamie Dornan among others.

In 2018 the Irish Government announced its intention to grow the Irish film industry and turn Ireland into a Centre of Excellence; doubling employment to 24,000 jobs and investing in the creative and cultural infrastructures that will in turn generate 1.4billion for the Irish economy.

In 2019, The Irish Academy welcomed this and knew the time was also right to reflect and take stock of the challenges and opportunities that lay ahead for the Academy in helping to grow the industry and to undertake a new strategic plan.  This five-year strategic development plan, as outlined to Government, delivers an important blueprint for the Academy’s next five years. It follows extensive consultation with key representatives and stakeholders within the film, television and animation production sector.

“As Ireland’s screen industry embarks on an ambitious new phase of growth, it is more vital than ever that professionals from all industry craft and disciplines (North & South) have a neutral, all-inclusive Hub at the heart of the industry and community; a space that can drive their creative and professional development and collaboration, that champions them on a national and international stage, and that allows for their creative excellence to be recognised and rewarded by their peers  –  The Academy is that space.

“We look forward to continuing this important work for our members and to working with Government and industry stakeholders to help make Ireland a Global Centre of Excellence.”

“This next phase of growth for the Irish industry is absolutely critical, as we have such an opportunity now to take this to the next level.  It’s not just film and television, but also gaming, animation and so much more. The Academy is right at the heart of all of this, supporting us all the way.”

The Five-Year Plan is now available to view on the IFTA website.