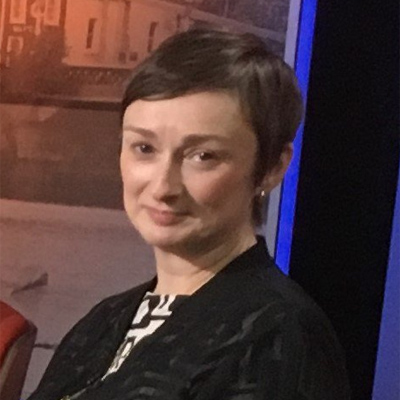 Hat Trick Productions today announced that they are appointing Louise Gallagher as a new Scripted Executive Producer in Belfast.  Gallagher is an established Northern Irish Producer, having worked at the BBC and as a freelancer with credits across television, radio, online and film. Her 2019 Feature Film A Bump Along the Way was recently longlisted for five BIFA awards, now nominated for the Raindance Discovery Award.   Focused on building a slate of new scripted television series Gallagher will officially take up her new role for Hat Trick in January 2020.

Jimmy Mulville, Hat Trick Managing Director, comments: “Belfast is a fantastically creative hub of all the talents necessary to make great television and I’m thrilled to be expanding Hat Trick Productions there under the energetic and inspirational leadership of Louise Gallagher. She is a force of nature and will provide a welcoming home for the creative community in Northern Ireland. We can’t wait to get cracking.”

Louise comments: “I am honoured to be given this opportunity, and it tops off what has been a wonderful year for me. I’ve long been a fan of Hat Trick’s productions and am looking forward to contributing to their amazing portfolio with exciting projects from the wealth of talent I know we have here in Northern Ireland.”

The Hat Trick Group already has as substantial presence in the Nation. Next year will see the production of the 3rd series of the hit show Derry Girls and it will begin filming a new drama series in January. Hat Trick Hindsight has also just completed its 1st year producing the BBC Quiz format Mastermind in Belfast.

Richard Williams, Chief Executive at Northern Ireland Screen, said; “It has been a great pleasure for Northern Ireland Screen to work with Hat Trick, one of the UK’s most respected and prolific production companies, since 2007.  Most recently we’ve worked with them on Mastermind and the truly wonderful Derry Girls.  We’re delighted that Hat Trick is now setting up a permanent base in Northern Ireland and there’s no better person to run it than Louise Gallagher who is just off the back of producing the hugely successful A Bump Along the Way.”