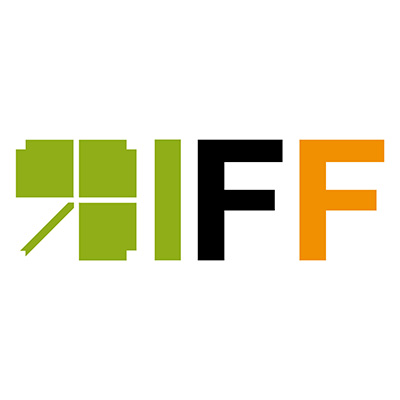 IRISH FILM FESTA, the only Italian film festival completely dedicated to Irish cinema and culture, presents a special online edition from 27th to 29th November, the short films selected for the competitive section of the 2020 edition will be available for free for the Italian audience on irishfilmfesta.org.

The 13th edition of the IRISH FILM FESTA should have taken place from 25th to 29th March 2020 at the Casa del Cinema in Rome, but – as many other events – it had to be cancelled due to Covid-19. The programme included as always both feature films and short films, meetings and masterclasses and a literary section. The online event IRISH FILM FESTA in short does not replace the actual experience of the festival, for which the presence of the Irish artists has always been and still is crucial. The initiative comes from the desire to continue to offer to the Italian audience – even if on a smaller scale – a window on contemporary Irish cinema and on one of its most vibrant sectors: the short film.

Susanna Pellis, Artistic Director said: “Quite a challenging selection for us this year. Sadly, some valuable short films had to be cut out. We are once again delighted to see how remarkable the short film industry has become in Ireland, as well as to recognise some familiar faces in the competitive line-up from Moe Dunford to Kate O’Toole, Martin McCann, Ian McElhinney, and also Pat Shortt, Stuart Graham, Gary Lydon.”

Among the Live Action programme there is Cynthia by Jack Hickey, best short drama at the Galway Film Fleadh 2019; a dinner party with old friends takes a shocking turn as revelations are made and the past resurfaces. The theatre actress Claire Dunne has the title role; Moe Dunford is also in the cast.

In the same category stand out Ciúnas (Silence) by Tristan Heanue, which depicts with sensitivity a terrible family crisis led by the great performance by Gary Lydon. Heanue presented Today in 2017 and A Break in the Clouds in 2018. Moreover, in the tense drama Break Us by Rioghnach Ní Ghrioghair, a young couple of robbers discover what they are really made of as things go awry.

La Petite Mort is the ironic directorial debut of actor Michael Smiley (Jawbone, The Lobster); a man and a woman meet by chance in a park, but things are not what they seem. Surprise ending for Was That a Yes? by Ray Mac Donnacha as well: a romantic date turns out a disaster.

Michael-David McKernan writes, directs and stars in Halo about a lonesome taxi driver shares a night of changes with a passenger. In Sophia Tamburrini’s Maya, a man (Pat Shortt, seen in Garage by Lenny Abrahamson) living in an idyllic simulated world is forced to return to a life he sought desperately to escape.

As always, IRISH FILM FESTA focuses on Northern Ireland’s film industry as well. This year thre are four short films in competition. The Appointment by David Moody (already in competition twice in 2018 with Listen and in 2019 with Camlo) tells the story of a young man and his ill mother. On the contrary, Michael McDowell’s Father Father is a funny comedy about the hypocrisy of a small town with Ian McElhinney and Martin McCann as brilliant protagonists.

Also, Paul Kennedy comes back at IRISH FILM FESTA (Made in Belfast in 2014) with Parting Gift in which Stuart Graham is a homeless man who makes an unusual friendship with a girl; in Ruby by Michael Creagh, Dan Gordon and Kate O’Toole celebrate their 40th wedding anniversary.

The Live Action category also presents two documentaries. The Vasectomy Doctor by Paul Webster which tells the story of Andrew Rynne, the first Irish doctor to perform vasectomy, who risked his life because of his work. The Grass Ceiling by Iseult Howlett celebrates the value of female team sport through the experiences of three athletes.

As for techniques and themes, the Animation section is indeed various. Adam H. Stewart combines silhouette animation with complex digital background in Abe’s Story, winner of Best Animated Sequence in A Short Film at Galway Film Fleadh 2019. Aidan McAteer presents Streets of Fury (Winner of the James Horgan Award for Best Animation at the Galway Film Fleadh 2019), a story about friendship and redemption with an 80s videogame aesthetic.

Them, by the Berlin-based Irish filmmaker Robin Lochmann, combines motion capture with handcrafted miniatures depicting the dangers of ideologies and conformism. Instead, Jessica Patterson chooses traditional animation for The Wiremen. It narrates the first arrival of electricity in rural Ireland as a fairytale. Voiced by Ruth McCabe and Barry Ward.

Finally, Archie’s Bat is the graduation short film of Shannon Egan, graduated from the Limerick School of Art & Design, is a 2D animation telling the story of a friendship between a kid and a bat.

Last but not least, out of competition, A Concrete Song is inspired by Hard to Be Soft, a performance series by choreographer Oona Doherty, this short film is made by Dave Tynan in collaboration with the Belfast International Arts Festival, the Dublin Dance Festival and Abbey Theatre.

IRISH FILM FESTA, created and directed by Susanna Pellis, is produced by the Cultural Association Archimedia, in collaboration with the Irish Film Institute; with the support of Culture Ireland, Screen Ireland, Turismo Irlandese; and under the patronage of the Irish Embassy to Italy and the Biblioteche di Roma.

The online event IRISH FILM FESTA in short is organised with the support of Culture Ireland and of the Irish Embassy to Italy, and in collaboration with Network Ireland Television. Media partner of is the magazine FilmTV.