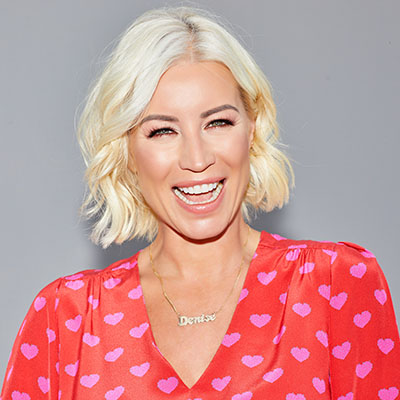 Denise Van Outen has enjoyed huge success on screen and stage since her first break came in 1996 by way of Channel 4’s hit show, The Big Breakfast, where she joined as a presenter. Since then, she has had leading roles on stage in Chicago, Legally Blonde, Rent and recently completed a successful run at Proud Cabaret. Denise’s TV credits include Babes in the Woods, Eastenders, Neighbours and she is currently a presenter on Steph’s Packed Lunch as well as a regular on Celebrity Googlebox.

Denise said: “I’m really looking forward to coming to Belfast to host this year’s RTS NI Programme Awards. It is great to see the huge success of the Northern Ireland film and television industry in recent years. It promises to be a great night’s celebration of content and talent across all genres.”

Maeve McLoughlin, Chair of RTS NI Awards Committee said: “Denise is a highly experienced and talented television presenter, actress and musical star and we are delighted she has agreed to host our Awards this year, shining a spotlight on the incredible talent here in Northern Ireland.”

Judging in each category will be carried out independently by an experienced internal jury.