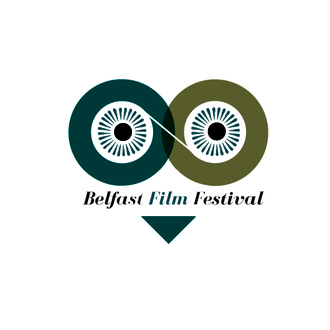 Today would have been the official opening of the 20th Belfast Film Festival. But Covid-19 cut us off in our stride. After initial disappointment we have bounced back in style. Our website is now an online cinema so turn down the lights and feast your peepers on our line-up.

To help us weather the storm together we will be rolling out a series of free online exclusives for our audience, some are new and others from the BFF archive.

Thanks to Michael for a 15 minute cut of his new film. A down-on-his-luck expat returns to NI after years away. Upon arrival he is struck by the prosperity and throngs of tourists he sees. Filled with optimism and with the help of some public funding administered through a local business man and evangelist, he embarks on becoming a tour guide.

Whether in fields in the middle of North Antrim and Down, or how the scene lives on in today’s superclubs, dance music in NI changed the way young people engaged with their own lives and with each other. Curated by Second Chance Cinema, we will see a short collection of archive films that takes us back to a time when strange new words entered the NI teenage lexicon; words like peace, unity and love. We also have a specially curated playlist from Belfast Dance Music legend Phil Kieran of some classic tunes from the early 90s.

Underfunded, unsupported (and unfit), the Skyway Club rally together to unleash talents they didn’t even know they had, and find a perfect match in table-tennis! By keeping the humour rooted in the performances, the Skyway Club manage to create a refreshing film, with a social commentary about friendship, community and an Olympic challenge. It’s like the Karate Kid but with balls. This is a excerpt from the film to be screened later in the year.

A man steals his deceased friend’s laptop and starts to explore it’s contents. So begins a poetic meditation on the meaning of friendship, loss, mourning and humanity in the digital age. An innovative and experimental short, comprising elements of drama, arthouse and ‘screen cap’ genre.

Filmmaker Colin McKeown presents an excerpt of his personal history of the stories told by us and about us. He will include selections from his new essay film: ‘Bad News & Good Vibrations: NI on Screen’ as well as previewing ‘Never Forget’ – his tribute to Alan Clarke’s ‘Elephant’.

Join us on Saturday 4th April to celebrate the best new Northern Ireland/Irish fictional short films from the comfort of your own home. For one day only you will be able to view all 14 ‘in competition’ and 7 ‘official selection’ shorts. Simply visit our website any time between 10am and midnight to view the films. Join us on Twitter, Facebook and Instagram throughout the day on Saturday 4th April to critique the films, meet the filmmakers and share in a collective experience using the hashtag #bffsofashorts.

Oscar-winning producer Jeremy Thomas has worked on some of the world’s finest independent films, probably some of your favourite movies. His C.V. covers an extraordinary range of distinctive films from The Last Emperor (Bernardo Bertolucci) and Bad Timing (Nic Roeg), through to the recent High Rise (Ben Wheatley) and A Dangerous Method (David Cronenberg). The list of directors he has worked with reads like a ‘Who’s Who’ of world cinema, including Nagisa Oshima, Bernardo Bertolucci, Terry Gilliam, Takashi Miike and Stephen Frears amongst others.

To submit your question to Jeremy Thomas simply click here and we will try and cover as many questions as possible. Deadline to submit questions is this Friday 3rd April.

As its our 20th year we will revisit some of our favourite events from recent years. ‘In Conversations’ with John Cusack (2017), Ken Loach (2018), Aamir Khan (2019) and Robert Carlyle (2019) to name but a few. Mark Kermode interviews the filmmaking team behind Ordinary Love (2019), Neal Hughes film ‘The Kiosk’ and there is even a live read of The Big Lebowski (2015) with Adrian Dunbar as ‘the dude’.

All of these and more will be available on our website throughout the festival period 1st  – 9th April. Keep checking our website. We will be announcing more online treats as and when they are confirmed.