4Skills to create over 15,000 training, development and learning opportunities for young people 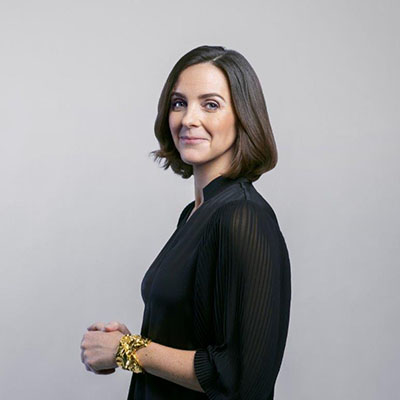 From 2022 4Skills, Channel 4’s training and development strategy, will create over 15,000 opportunities nationwide with a particular focus on young people from disadvantaged socio-economic backgrounds who want a career in broadcasting.

“Channel 4 has always been the broadcaster for young people, especially those who don’t get heard or have access to opportunities because of where they live or their upbringing,” commented Alex Mahon, Chief Executive, Channel 4. “For us, none of that matters. Everyone should have an equal chance to follow their dreams and have a job in the creative industries. It shouldn’t be about having certain qualifications but about passion and potential. There is no reason why a future Chief Executive of Channel 4, or any broadcaster for that matter, can’t have started their career through 4Skills.”

The 4Skills strategy underlines Channel 4’s commitment not only to improving access for people into the broadcasting industry but also its commitment to the UK’s Nations and Regions.

Since 2018, Channel 4 has moved 400 roles out of London and based them in Bristol, Glasgow, Leeds and Manchester. In terms of programme investment, in the past decade, Channel 4 has invested over £1.5 billion in content produced outside London – £250m in 2021 alone, fifty per cent of its total budget for programming. Working with over 300 independent production companies across the UK, the broadcaster contributes almost £1 billion in GVA annually and has helped to create over 10,500 jobs.

Organisationally, Channel 4 has also actively improved the socio-economic diversity of its own staff. It has removed a number of barriers for entry, and improved the application process and experience for candidates. For example, requirements for academic qualifications have been removed unless they are absolutely essential for the role, and on-demand video technology has been introduced into the application process. This not only enables candidates  to complete initial interviews in their own time but also negates the need to take time off work or incur unnecessary travel costs. Additionally, this mitigates the chance of unconscious bias by allowing applications to be seen by a wider number of people within Channel 4 itself.

More recently, Channel 4 has launched a number of paid schemes for people from diverse backgrounds looking to start a career in the media. These include internships in a number of departments including Legal and Compliance, digital content production and data research. In some cases, participants have subsequently secured roles within Channel 4.

4Skills launched in 2020 and is based in the broadcaster’s national HQ in Leeds city centre. From next year, it will invest £5 million every year for three years, supercharging its existing offer by creating 15,000 training, development and learning opportunities for young people across the UK. The new strategy will offer various entry points for young people.

For those wanting to get into broadcasting for the first time, 4Skills will be offering over 200 entry level roles in 2022. The roles – the vast majority of which will be salaried – will range from training in digital skills with 4Studios in Leeds to apprenticeship programmes and production training schemes across the UK. The roles will provide people with between three and eighteen month opportunities either within Channel 4 itself or with independent production company partners, and will include training and mentoring to enable them to continue their careers in broadcasting.

For people already working in the industry, 4Skills will work with like-minded organisations to offer training courses, funding for specific training funds, bursaries and placements as well as training days in Channel 4’s own regional offices in Bristol, Glasgow, Leeds and Manchester.

In terms of schools, 4Skills is designing a series of activities and sessions to raise awareness of careers in production and digital skills. Aimed primarily at Key Stage 3 pupils (11-14 year olds) in disadvantaged areas as well as SEND schools, the initiatives will be a combination of face-to-face and virtual events. Additionally, Channel 4 will also work with schools and colleges to offer 500 work experience opportunities of up to a week for students up to the age of 21. To ensure that no applicants are disadvantaged, Channel 4 will meet the costs for participants.

Partnership is central to the 4Skills strategy. Channel 4 will be working with a range of partners across the country including Creative Wales, Screen Scotland and Northern Ireland Screen, along with the National Film and Television School, ScreenSkills and many others to reach as wide an audience as possible.

Sinead Rocks, Managing Director of Channel 4 Nations and Regions, leading 4Skills added: “4Skills will have a long-term and lasting impact on learning and skills provision for young people across the country and ultimately it is the audience that will benefit. The people that we train, develop and work with will contribute their own diversity of opinion and life experience to programme making, resulting in content that better reflects the whole of the UK.”