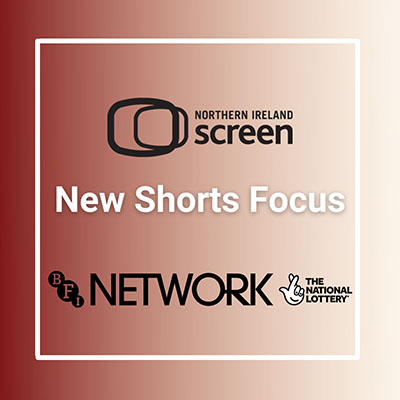 Three short film projects have been selected to go into production through our New Shorts Focus 20/21 scheme. The scheme is for entry level writers and writer/director applicants resident in Northern Ireland, particularly those from groups that are underrepresented within the film and television industry.

The three projects are:

Written and directed by Emily Foran and produced by Alanna Riddell Bond for Poli Productions.

A playful drama, BAD VIBES follows Jo and Sean as they address the elephant in the room in their marriage, in a sex shop in Belfast city centre.

A petty woman tries to exact her revenge on arch-nemesis, who is now a social media influencer.

VIVA
Written and directed by Marie Clare Cushinan and produced by Roisin Browne for Farwander.

Tensions rise and ideals clash as Ellie attends one last family dinner before her parents, Nicole and Justin, “opt out.”

This year’s call is open for applications and closes on Friday 23rd July. For more information, click HERE.