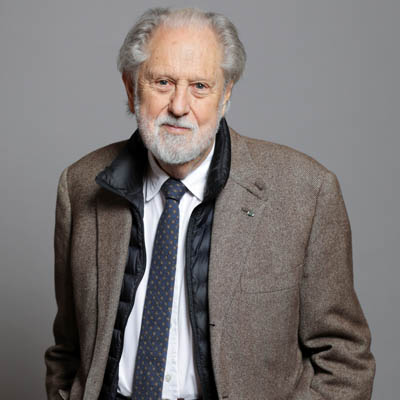 This cross-border initiative offers promising filmmakers access to interactive online masterclasses with Oscar-winning producer David Puttnam (Midnight Express, Chariots of Fire, The Killing Fields) and each a €1,250 scholarship from Atticus Education towards their career development. The scholarship bursaries are supported by Accenture in Ireland.

The eight participants (four from Northern Ireland and four from the Republic of Ireland) are all emerging writers, directors or producers who have made, or are in the process of developing, their first feature or television drama. Chosen by Future Screens NI and four Irish higher education institutions, the participants are:

Colum Eastwood will be representing Future Screens NI across all the masterclasses.

David Puttnam said; “I’m seriously impressed with the calibre of applicants wishing to join our list of Puttnam Scholars this year. We now have eight highly qualified participants, bursting with talent and enthusiasm, and ready to embark on the next phase of their filmmaking journey with Atticus Education – I hope we do them proud!”

A 2021 Puttnam Scholar, Ali Doyle (Head of Development, Wild Atlantic) said of her experience, “Being selected as a Puttnam Scholar was both an incredible honour and an invaluable experience. Across each masterclass, not only did I learn and strengthen my knowledge in these dedicated fields, but the awe-inspiring passion of David Puttnam and each of the invited guests, acted as a reignition of why we make movies and TV, how through these audio-visual mediums, we can teach as much as we can entertain. To all the Puttnam Scholars of 2022, congratulations, you deserve this and enjoy every second of it!”

Over the course of the sessions, Lord Puttnam will explore the following themes: The Power of Identity; The Evolution of Creativity; Fact or Fiction; Builders and Brokers; Music and Meaning; and Interpreting the Future. The sessions are designed to enhance participants’ understanding of the creative process and the cultural context within which the screen industries operate.

Seminars have in the past included conversations with several special guests, each providing insights into their own careers and thoughts on the industry. Guest have included Lenny Abrahamson, Ralph Fiennes, Paul Greengrass and Mark Cousins.