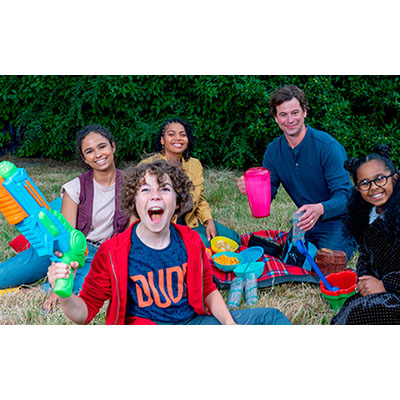 Starring newcomer Jake Fitzgerald as Ted with comedian Sam Pamphilon playing his father, Stu, the disaster YouTuber is battling the challenges of a new stepfamily, a new school and his own poor decisions.

Contending with a new high school, where he receives a frosty welcome from bumbling Deputy Head, Mr Rodman (Ben Addis), he’s even less embraced by his new stepsisters, Jada (Maria Goodman) and Bodhi (Tiah Patel). Over the course of the series, Ted and his friends join a cultish choir to get cake, turn a funeral into a mardi gras to get on a rollercoaster and release a horde of angry bees when trying to restage a wedding.