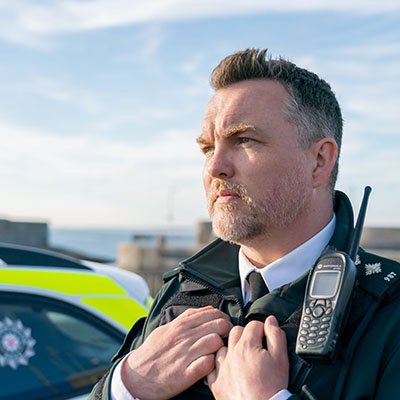 Set in the fictional town of Port Devine on the Northern Ireland coast, the series made with support from Northern Ireland Screen, has proved to be popular with fans across the UK and beyond.

Hope Street showcases the humour and warmth of the people in Northern Ireland, as well as its stunning coastlines. The series celebrates local writing, acting and production talent; demonstrating the BBC’s commitment to nurturing homegrown talent in its Nations and Regions.

Each episode features a self-contained crime story, and follows the ups and downs of those working in the Port Devine police department as they deal with everyday policing in the beautiful seaside town.

Behind the drama are acclaimed producers Paul Marquess and Donna Wiffen from Long Story TV, known for producing The Bill and creating shows like London Kills. They will once again be joined by co-creator Susanne Farrell (Dirty God). Writers on this new series include Jessica Lea (EastEnders), Tess McGowan (Bump Along The Way), Christine Murphy (Emmerdale), Hamish Wright (The Secret Life Of Us), Stuart Drennan (The Dig), Greer Ellison (Butterfly Kisses) and Karis Kelly (Consumed).

Carla-Maria Lawson, Head of BBC Daytime and Early Peak, says: “I’m thrilled that we’ll be bringing back the beautiful backdrop of Northern Ireland to BBC One Daytime viewers. We’ve been asked over and over again to make a series two, so know our audiences will love to go back to Hope Street and pick-up where they left off.”

Diederick Santer, Chief Creative Officer at BritBox International, says: “We are delighted to be bringing the second season of Hope Street to our subscribers all around the world. With gripping stories, likeable characters and stunning locations, it really is a wonderful treat.”

Eddie Doyle, Head of Content Commissioning, BBC Northern Ireland, says: “Hope Street was a real hit with our audiences and was a great platform for local talent both in front of and behind-the-scenes. We are delighted to welcome back the cast and crew to Donaghadee for another exciting series and to find out what happened to Inspector Finn O’Hare after the tense series one cliffhanger!”

Richard Williams, Chief Executive of Northern Ireland Screen, said; “We always had high hopes for Hope Street, we are delighted to see it recommissioned by BBC. As well as entertaining audiences across the UK and showcasing our beautiful locations, it provides a crucial training ground for local writers, directors and crew, and is an excellent opportunity for our homegrown acting talent.”

Filming on Hope Street will begin in May 2022, series two will return to BBC Daytime and BBC One Northern Ireland later in the year.

The first series is available to watch now on BBC iPlayer.