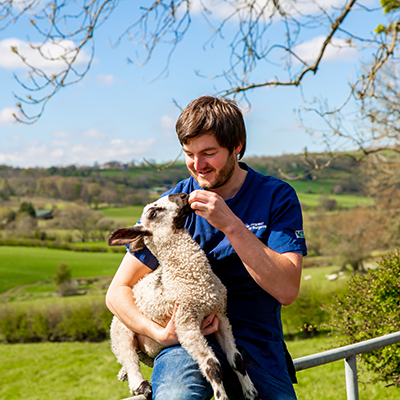 Mountain Vets returns to the spectacular Glens of Antrim and Mourne Mountains tonight, Tuesday 19th July, at 8pm on BBC Two (except NI). A world where animals outnumber people, the six-part series follows dedicated vets who offer vital emergency services and help bring the community together. The series was produced by Rare Television with funding from Northern Ireland Screen.

Northern Ireland is home to an ancient mountain landscape, stretching from the majestic peaks of the Mournes in county Down, northwards to the nine glens of Antrim and the coast. People here rely on their animals both large and small, livestock and pets, and pass down their love of animals from generation to generation so the vets act as a vital emergency service.

In the first episode Rosalind must give champion Rhodesian Ridgeback Luna an emergency caesarean to save her puppies. USPCA head vet Gillian performs a complicated amputation on a bearded dragon’s tail.

Across the series we meet a couple of sick swans who need rescued, a three-legged Lurcher needing surgery, a goldfish, baby hedgehogs and a rescue dog looking for a second chance. All of this combined with the usual struggles of calving season, there is never a dull moment for the Mountain Vets!