Mimi’s World begins Saturday at 9:05am on Channel 5’s Milkshake! 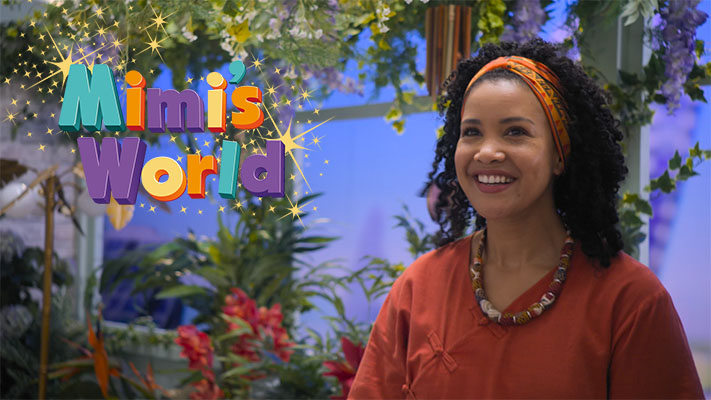 Mimi’s World, an exciting new mixed media series featuring an inspirational childminder on a mission to help kids to be confident, kind and inclusive and to take ownership of their emotions begins tomorrow (Saturday 7th May) at 9:05am on Milkshake!. Filmed on location in Northern Ireland, the series was produced by Adastra Development with animation from Belfast based ALT Animation and TAUNT Studios and funding from Northern Ireland Screen.

This exciting new show features a group of young children and some enchanting, animated characters, who interact with one another whilst exploring emotional issues that kids everywhere will relate to. They are joined by a cast of colourful adult characters, including Mimi’s childhood friend, Joe, the eccentric next-door neighbour, Miss Rist, and the kindly old Mr Borkowski with his dog, Ponchki.

The stories are full of laughter, song, and a whole lot of heart, and in each episode a child learns how to deal with their feelings. Mimi does this through stories, creative activities, imaginative play and with a host of magical characters who help the kids to be the best that they can be.

Mimi’s World is a place that builds confidence, engenders well-being and nurtures friendship and co-operation. It’s a place where horizons are broadened and where kids are encouraged to explore, process, and own their feelings in a safe, supportive, and creative environment.