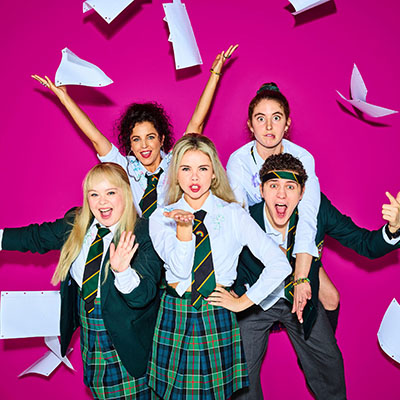 The wait is finally over! The third and final series of the critically acclaimed, award-winning Derry Girls begins tonight (Tuesday 12th April) at 9:15pm on Channel 4.

The comedy is the creation of acclaimed writer Lisa McGee who has mined her own experiences to create a candid, one-of-a-kind, family-centred comedy. In series three, viewers will see that while Northern Ireland is growing up, this gang of eejits certainly aren’t anytime soon. While there’s hope in the air that The Troubles may finally be over their troubles, the gang are only just getting started as they get ever closer to “adulthood”.