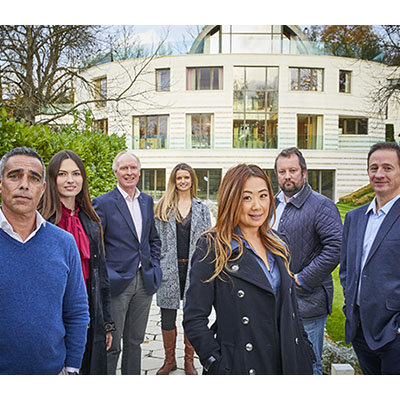 Following the huge success of the one-off Britain’s Most Expensive Houses, which reached 2.1 million viewers on first transmission and achieved an impressive 3m viewers in its first week of airing (premiere and narrative repeat combined), Channel 4 has commissioned a four-part series from Belfast based Waddell Media.

With Waddell Media’s exclusive access to part of the world’s largest luxury estate agency, UK Sotheby’s International Realty, this new 4 x 60 mins series will bring viewers behind the doors of more of the UK’s most incredible homes. The series will follow prospective buyers as they view and purchase high-priced houses across the country, as well as following the work and home lives of Sotheby’s estate agents.

Jannine Waddell, Executive Producer and Managing Director, Waddell Media said: “We are absolutely thrilled to be commissioned to make a series of Britain’s Most Expensive Houses following the huge success of the one-off at Christmas. This new series promises to be even better as we will be giving viewers not only a unique view into more fabulous homes owned by some of the most affluent people in the UK, but also an insight into the continued drive by so many wealthy individuals to move from the city to the country as a result of the pandemic.”

Tim Hancock, Commissioning Editor, Channel 4 said: “After the success of the documentary I’m delighted Sotheby’s have allowed us back to take a peek at more of the most extraordinary houses in the UK, and to give us a window into what it means to be extremely wealthy in Britain today.”

Sophie Wurzer Williams, Executive Producer said: “We will be taking viewers on an unforgettable trip inside some of the most jaw- dropping properties the UK has to offer, and meet some extraordinary people along the way!”

Britain’s Most Expensive Houses has been commissioned for Channel 4 by Tim Hancock and is Exec Produced by Jannine Waddell and Sophie Wurzer-Williams. Paula Campion will be showrunner with Colin Rothbart and Mark Littlewood directing.