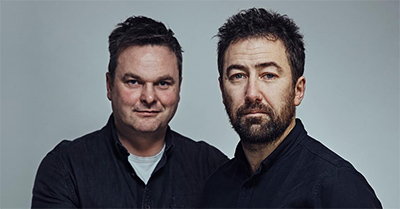 Blue Lights is the story of rookie (probationary) police officers working in contemporary Belfast, a city in which being a frontline response cop comes with a unique set of pressures and dangers. As they learn the basics of their profession, our new officers have to come to terms with a constant threat. In this often-chaotic environment, our characters have just a few crucial months in which they’ll make it as police officers.

Inspired by extensive research and interviews, and told with a caustic wit, Blue Lights is inspired by the experiences of serving police officers in Northern Ireland.

It’s a fast-paced, frightening, and funny insight into what happens when the idealism of the police college classroom meets the reality of life, in a precinct that’s as starkly divided as it is terrifyingly dangerous.

Blue Lights is Executive Produced by Tommy Bulfin for the BBC, Stephen Wright for Two Cities Television and Louise Gallagher for Gallagher Films, and by Declan Lawn and Adam Patterson. Two Cities is part of the STV Studios group of production labels.

Writers Adam Patterson and Declan Lawn said: “Belfast is our home town, and to be able to write a show set in the city we know and love is one of the great privileges of our lives. It’s a real joy to be bringing a major BBC drama back home.”

Piers Wenger, Director BBC Drama says:  “Telling stories that reflect the whole of the UK is about more than meeting quotas. It’s about enriching and emboldening what British drama means by honouring the true range of authorship across all of our nations and regions. I want to do more to celebrate that plurality. I want it to become an essential not-so-secret weapon and a core part of our USP.”