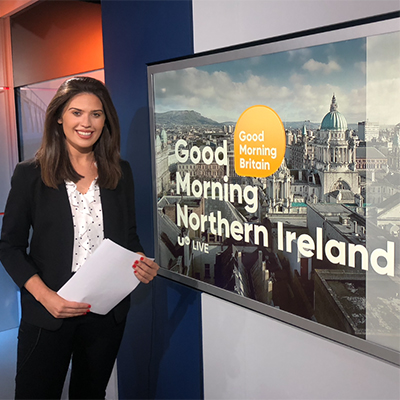 The Royal Television Society Northern Ireland (RTS NI) is delighted to announce the nominations for this year’s Student Television Awards, supported by Northern Ireland Screen and the Department for Communities. Now in its 8th year, the RTS NI Student Awards ceremony will be hosted by UTV’s Katie Andrews tomorrow night (Wednesday 24th March) at 7pm on the RTS NI website.

Aidan Browne, Chair of the RTS NI Students Awards said: “The RTS is first and foremost an educational charity and these awards give us the opportunity to celebrate the exceptional audio-visual work being created by students in all manner of disciplines here in Northern Ireland. We are delighted to provide our emerging talent with a high-profile platform to showcase their work. The local universities and colleges are to be congratulated for the vital role they play in ensuring our future generations graduate with the skills necessary ready to start work in the fast moving and vibrant Northern Ireland creative industries sector.”

UTV production journalist Katie Andrews, host of the RTS NI Student Awards says: “The RTS NI plays a huge role in supporting the next generation of content creators and winning one of these awards provides students with a prestigious accolade to help them with their future careers.”

The nominees for this year’s awards are:

The winners of the awards will go forward to the national RTS Student Media Awards in June and will also be invited to this year’s RTS NI Programme Awards in November, where their work will be showcased in front of top professionals from across the screen industries.