Alfred Hitchcock’s The Manxman at Festiv’Ards 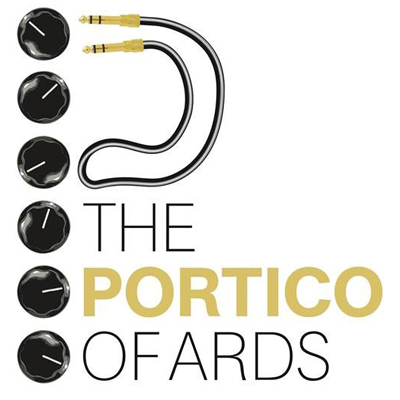 The Portico of Ards is hosting a special screening of Alfred Hitchcox’s The Manxman and archive material from Northern Ireland Screen’s Digital Film Archive on Friday 26th May at 7:30pm. The screening, which opens the Festiv’Ards programme, will be accompanied by music from Organist of the Year Richard Hills.

The Manxman is a 1929 silent movie, directed by Alfred Hitchcock, which was restored and remastered in 2007. It tells the dramatic story of a fisherman and a lawyer, childhood friends, who fall for the same woman.

Richard Hills was named ‘Organist of the Year’ by the American Theatre Organ Society. He regularly broadcasts for Radio 3’s ‘Choral Evensong’ and Radio 2’s ‘Friday Night is Music Night’ and from the BBC London Proms. His recent recordings received five-stars in Choir and Organ.

This is a rare opportunity to see a silent Hitchcock film with live accompaniment by a master organist. After the film and an interval there will be a short screening of archive material from Northern Ireland Screen’s Digital Film Archive.

This event is in partnership with Northern Ireland Screen Digital Film Archive as part of the Britain on Film national programme funded by Film Audience Network. Britain on Film is supported by Unlocking Film Heritage awarding funds from The National Lottery.

Tickets cost £10 and can be purchased from the Portico website by clicking here.

The screening is part of the 4-day Festiv’Ards programme. For a full list of events visit the Festiv’Ards website.

Festiv’Ards is supported by the Ards and North Down Borough Council.