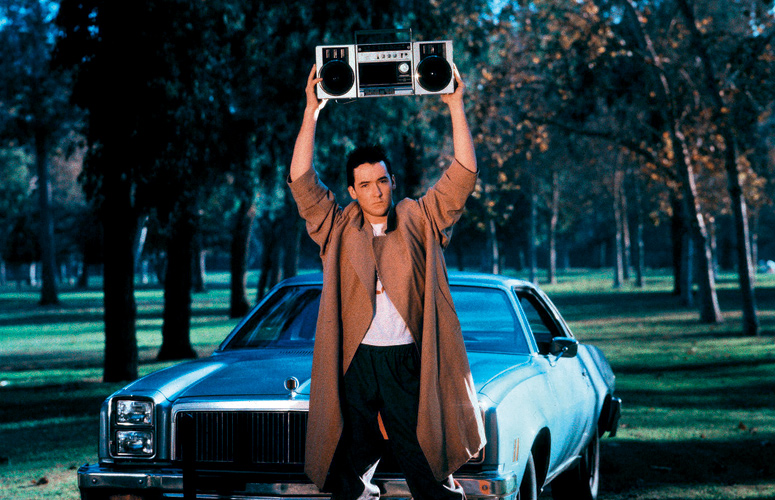 Belfast Film Festival is delighted to announce that John Cusack, Hollywood star of many hit films including High Fidelity and The Grifters, will be a special guest at this year’s Festival.

The actor, producer and writer’s ‘In Conversation’ event in the Movie House, Dublin Road on 31st March went on sale earlier today, a week before the full programme is launched.

John was born in Illinois to an Irish-American family so the actor may also find time to explore his roots during his stay in Ireland. In addition to the ‘In Conversation’, he will take part in Q&A sessions after screenings of a number of his films. John Cusack’s visit to Belfast is supported by Movie House Cinemas, Film Hub NI and Tourism Ireland.

The Festival encompasses venues across the city and gives both local audiences and visitors the chance to enjoy some truly amazing cinematic experiences. Guests who have previously attended include Julie Christie, Michael Fassbender, Martin Sheen and Stephen Fry.

“John Cusack is one of the finest actors of his generation with a truly incredible body of work to his credit. He has inhabited one memorable character after another – underdogs, anti-heroes, offbeat deadbeats and odd men out – in over 80 films during his 34 year career.

“We are delighted that John will be coming to Belfast Film Festival for this special event at which he will talk about his life and work. We will be presenting him with our Réalta award in recognition of his outstanding contribution to cinema.”

Like his brother and sisters, John Cusack became a member of Chicago’s Piven Theatre Workshop while he was still in elementary school. He made his feature film debut at 17, acting alongside Rob Lowe and Andrew McCarthy in the 1983 romantic comedy Class. He gained fame in teen films such as Sixteen Candles, Better Off Dead, The Sure Thing and Stand By Me. In 1989, he played the stereo-blaring romantic Lloyd Dobler in Cameron Crowe’s Say Anything.

His roles broadened in the late 1980s and early 1990s with more serious-minded fare such as the politically themed True Colors and the film noir thriller The Grifters. After establishing New Crime Productions, Cusack experienced box office success with his roles in the dark comedy Grosse Pointe Blank and the Jerry Bruckheimer blockbuster Con Air.

He played an obsessive puppeteer in Being John Malkovich, and his career-defining role came in High Fidelity as a sarcastic record store owner who revisits his “Top 5” breakups to find out why he’s so unlucky in love.

More recently, Cusack starred as Richard Nixon in The Butler, and as Beach Boys founding member Brian Wilson in the biopic Love and Mercy.

In the Documentary Panorama, I Am Not Your Negro tackles race in modern America, Notes to Eternity is a meditation on the Israel-Palestine conflict, and Becoming Zlatan looks at the decisive years of Swedish soccer player Zlatan Ibrahimovic.

And no Belfast Film Festival would be complete without its Special Events section which this year includes a Live Read of A Fish Called Wanda, and a concert film about rhythm and blues singer Miss Sharon Jones! followed by soul and funk DJs playing into the early hours.

Tickets for these highlights are on sale at www.belfastfilmfestival.org or by phoning (028) 9024 6609 or in person at Visit Belfast Welcome Centre, 9 Donegall Square North, Belfast.