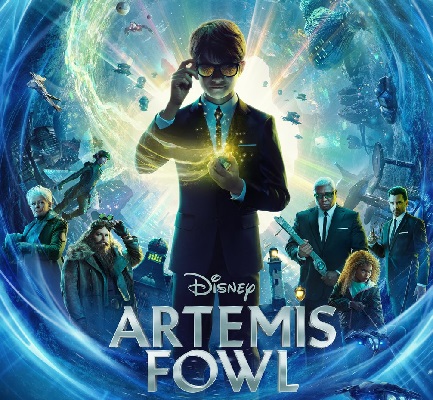 Descended from a long line of criminal masterminds, 12-year-old genius Artemis Fowl finds himself in a battle of strength and cunning against a powerful, hidden race of fairies who may be behind his father’s disappearance.

Speaking about his experience of filming in Northern Ireland Sir Kenneth Branagh said; “It was amazing to come into the North Antrim coast area with five separate units; an aerial unit, a marine unit, a unit for transporting cars and the acting unit. We had a semi hurricane in the middle of hurricane Hector which gave us wonderful weather, either side we had fantastic sunshine, this was perfect for the film, four seasons in a day! We were In a Northern Ireland film making environment that was super sophisticated, of course being seven seasons into Game of Thrones, and with everything else that’s been shot in that part of the world, meant that it was a seamless operation and I’ve never been so seamlessly welcomed.”

Rotha Johnston, Chairwoman of Northern Ireland Screen, said; We were delighted to have our Honorary President, Sir Kenneth Branagh come home to film some of Artemis Fowl, reinforcing Northern Ireland’s reputation as a world-class location for film and television production. Artemis Fowl gives us so much to be proud of in these strange times; it is heart-warming to think that while many countries are still in lockdown due to the global pandemic, Disney+ is bringing the beautiful north coast of Northern Ireland into the homes of its subscribers around the world.”

Economy Minister Diane Dodds added: “In these challenging times this is most certainly great news as once again our beautiful scenery will be streamed around the world in this magical film. There is a proven relationship between screen content and tourism with countries that attract the production of high quality film and television benefitting from a related growth in tourism. With our tourism sector having suffered greatly during the current pandemic this film helps to showcase us to an international audience and as a potential destination once international travel opens up again.  The announcement also underlines the value of the NI screen industries in their own terms as significant players on the world stage.”

Disney+ is the dedicated streaming home for movies and shows from Disney, Pixar, Marvel, Star Wars, National Geographic, and more. Disney+ is available on most internet-connected devices.