Lost Connections – a film about recovery, hope and renewal 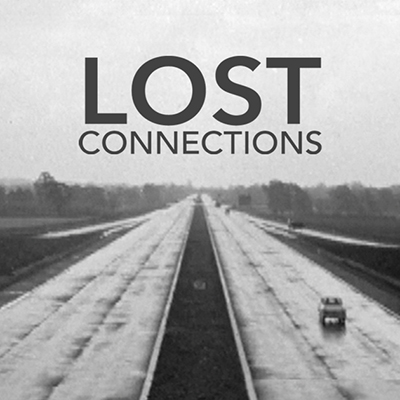 An echo of our own contemporary experiences, Lost Connections is a new archive-based film which gives us hope for the future by connecting with the past.

Comprising over a century of remarkable footage and voices, the film responds to the last 18 months when many of us were forced to stop, to reflect, to question and to re-assess what is most important.

Lost Connections is a unique collaboration between Northern Ireland Screen and the UK’s regional and national moving image archives. Led by the Yorkshire Film Archive, the film was supported by Film Hub North on behalf of the BFI Film Audience Network (through National Lottery funding). It will screen at cinemas across the UK, and is available to stream on BFI Player. It will also be screened in schools across the UK as part of the Into Film ‘Mental Health and Wellbeing campaign’ on Into Film+, which launched on Monday 21st September.

Created by Andy Burns, editor and filmmaker at the Yorkshire Film Archive, the 13-minute short film is meticulously crafted from over 200 films put forward by the archive curators on film, video and born-digital formats.

The narration is co-written, with Burns, and performed by artist Hussina Raja, who responds to the imagery with a common and recurring narration throughout the film: ‘Can we always be connected?’.

But are we the only generation to have asked these questions?

Revealing our common experiences over the generations – loss, loneliness, isolation, the importance of community, of family, of human touch the archive footage of Lost Connections uncovers imagery and voices that resonate with the feelings of uncertainty and disconnection, and also convey a collective desire for reconnection with people, community and nature.

Lost Connections is a film about recovery, hope and renewal, the human character, sadness and joy, what we really value, and our gradual reconnection with each other, our communities, and the world around us.

Graham Relton, Archive Manager at the Yorkshire and North East Film Archives said: “Lost Connections presented an opportunity for twelve moving image archives across the UK to come together in a truly collaborative way to explore their collections with one specific purpose; to create a new film revealing archive footage and voices from our collections that reflected on our own contemporary experiences. The result is a work of cine-poetry, that is truly diverse and representative of the people of the UK. It is not a film about the pandemic, it’s a film about humanity and hope. It might take the past as its reference point, but Lost Connections speaks to our collective responsibility to build better futures.”

Andy Robson, Screen Heritage Producer, BFI Film Audience Network, Film Hub North says, “Lost Connections is a salient and emotional reminder of the parallels between our past and our most recent experiences. This creative production using compelling archive footage and voices, uniquely brings together the National and Regional Archives and brilliantly showcases the riches of our public film collections. The film offers multiple reflections on the journey of the last 18 months, and I’m sure it will spark hopeful conversations for the way ahead.”