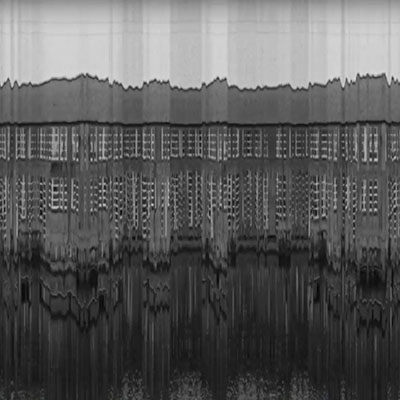 CryptArk web-player invites people to select animals from the UTV archive and distort them using different algorithms, set to an ambient soundtrack created by the artist. The algorithms slice the video into thin strips and reorganises these strips to make a new image. To watch the footage, visit www.cryptark.net/.

CryptArk is an interactive audiovisual composition with the artist’s own ambient music that turns black & white animal videos into a metaphysical journey through video files’ structures.

Through the CryptArk, the audience is given an opportunity to try different algorithms on the animals “saved” from the past. The past is conserved through the UTV digitisation project in a similar way to Noah who saved animals on his Ark.

The animals used in this project were originally filmed by Ulster Television in the 1960s. The footage was recently digitised by our Digital Film Archive and PRONI as part of a larger project digitising UTV material from 1959-1972, supported by the Broadcasting Authority of Ireland’s Archiving Scheme 2 and the Department of Communities NI.

Francis Jones, Heritage and Archive Manager at Northern Ireland Screen said: “We are delighted to collaborate with Mirjami Schuppert and Jarkko Räsänen on this unique compilation. This has been a fantastic opportunity to showcase UTV Archive content and allows the public to engage with the footage in a truly innovative and captivating way. We will continue to preserve content through ongoing digitisation projects, safeguarding these materials for future generations, whilst ensuring that they can be accessed and enjoyed by audiences today.”

Mirjami Schuppert is a curator based in Potsdam, Germany and Turku, Finland. Schuppert is currently the director of Arte Artists’ Association and Titanik Gallery.

The second part of this commission, Past Processed exhibition, will take place at the Centre for Contemporary Art in Derry~Londonderry from October-November 2021.