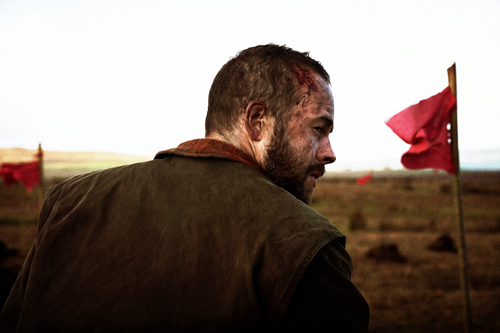 Collective is a creative new initiative from Film Hub NI, part of the BFI Film Audience Network, to support homegrown film and celebrate independent cinema across Northern Ireland. The project aims to bring the production sector, distributors, exhibitors and audiences closer together by taking the best local independent releases on tour to local venues, along with talks, Q&As and associated film events taking place in support.

The first film to hit the road is the hugely acclaimed locally-produced ‘Bog Noir’ The Dig, made by Out Of Orbit with funding support from Northern Ireland Screen.

After a successful run in cinemas, The Dig will call in to Newcastle Community Cinema on 15th June, Portrush Film Theatre on 20th June, and finally Dungannon Film Club on 21st June.

Following The Dig, Collective will deliver a series of independent titles on tour over the next few years. As well as the opportunity to take great local independent productions to new parts of NI, organisers are hoping that the initiative will help bridge the gap between audiences, exhibitors and the production sector, and also highlight the opportunity for distributors to work with a collective of established and passionate venues across the country.

Film Hub NI developed the idea after successfully bringing local indie hit Bad Day for the Cut to eight community cinemas in 2017, followed by a notable tour of Japanese documentary Of Love and Law earlier this year. Collective will capitalise on the thriving NI community cinema network to bring a series of titles to urban and rural venues who wouldn’t ordinarily have access to these films. The project will also include networking events for those involved in making, distributing and exhibiting film.

Andrew Lowe, Element Distribution said ‘We are delighted that with Film Hub NI’s support we have been able to bring the award-winning The Dig to a wider audience in Northern Ireland than would otherwise have been the case. Initiatives such as Film Hub NI’s are essential in ensuring that films such as The Dig are seen by audiences in the format for which they were intended, i.e. the cinema screen.

Sara Gunn-Smith of Film Hub NI said ‘We are so pleased to be able to support the release of selected titles from across Ireland, North and South, and beyond. Our plan is to work together with exhibitors, distributors and filmmakers to make sure the best independent films get in front of audiences through the Film Hub NI membership network. We are thrilled that the first title is The Dig, which was supported by Northern Ireland Screen, and we are really honoured to be working with the team at Element Distribution on this release.’

Brian J. Falconer of Out of Orbit said ‘It is a real honour for The Dig to be the first film to screen as part of the Film Hub NI and BFI Film Audience Network Collective project. Having shown the film to audiences all across the world, I cannot stress enough how excited we are to have teamed up with Element Distribution to bring the film home to local audiences across Northern Ireland.