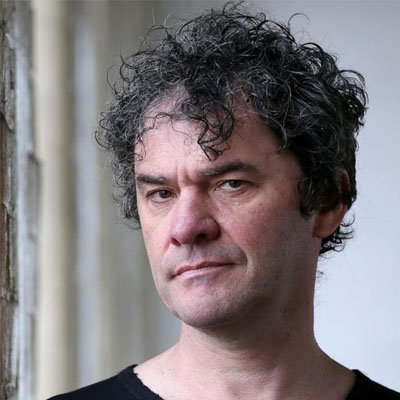 Channel 4 has commissioned DoubleBand Films to explore the changing face of Northern Ireland and its depiction on screen, told from the perspective of celebrated filmmaker and writer, Mark Cousins.

A Specialist Factual commission by Shaminder Nahal, the film will mark 50 years since riots erupted across the region, widely seen as the beginning of the thirty-year conflict known as The Troubles. Cousins – who left Belfast at 18 – will return to his hometown to reflect on how the place and its history have been used and occasionally abused by cinema. He will trace how the legacy of division has impacted on the nation’s cinematic imagination; and, in a city that once had one of the highest rates of movie-going in the UK, he will scramble around the ruins of Belfast’s once-grand cinemas.

The Troubles on Film (w/t) made with funding from Northern Ireland Screen, sees Cousins return to Channel 4 for the first time since his critically acclaimed landmark series The Story of Film: An Odyssey in 2011.

Coinciding with the anniversary, Film4 will be showing a season of ground-breaking films about the Northern Irish experience- Steve McQueen’s Hunger (2008), Yann Demange’s ’71 (2014) and Neil Jordan’s Oscar-winning The Crying Game (1992). These classic Film4-backed features will be followed by new short films from Northern Ireland commissioned by Random Acts, in partnership with Northern Ireland Screen: Legacy, a textural and poetic visual arts exploration of conflict, Open Mic, a surreal comedy about performance anxiety, Rotters, a metaphorical kangaroo court in miniature, and Pasties, an absurdist skit about hating your mates.

Mark Cousins, presenter, said: “50 years ago, British soldiers arrived in Northern Ireland.  We’ve tried to mark that arrival in an unusual way, a Channel 4 way. Instead of talking directly about war, we’ve decided to look at movies.  That makes it sound as if we’ve trivialised The Troubles, but we haven’t.  We wanted to dig into the imagination of Northern Ireland in the last half-century – its fear and escapism.  We’ve told the story of one ordinary kid who, as hate grew, fell in love – not with a person, but with the silver screen.  I’m usually behind the camera, but this time I’m onscreen, talking about my passion for films, exposing my emotions (and more!)  Northern Ireland has for so long been seen as a problem, but it was also a just a place, a place where young people yearned for something more, for fulfilment and a kind of sublime.  Our film is about that yearning.”

Brian Henry Martin, director, said: “From the sublime to the ridiculous – and mostly the ridiculous. That’s how we can describe the way in which the Troubles have been depicted on the big screen over the years. With this documentary we had the opportunity to set the record straight – and what better way to do that than in this film with Mark Cousins? Not only a world-renowned cinephile – but a Belfast man. One of our own.  It was a wonderful experience, for Mark brings to the film not only his openness, expertise and boundless energy – but also his optimism for another cinematic future for Northern Ireland. For a Northern Ireland reborn.”

Shaminder Nahal, Commissioning Editor at Channel 4, said: “Mark is a truly international treasure- here he turns his poetic vision homewards in a profoundly moving and personal journey. For this important 50 year landmark Mark brings fresh insight and challenges conventional wisdom, working with director Brian Henry Martin. We are delighted to complement Mark’s work with some of the seminal films about the Troubles, as well as looking forwards to the new talents from Northern Ireland as part of our Random Acts strand.”

Catherine Bray, Random Acts Commissioner, said: “It’s been a pleasure to work with such impressive new talent out of Northern Ireland – the four films have truly embraced the Random Acts brief to be experimental, unafraid and show us the world from a new angle.”

Random Acts is Channel 4’s short film strand dedicated to the arts, founded in 2011 to escape the conventions of arts broadcasting and to expand its possibilities. The world is full of TV about artists; Random Acts should instead be TV by artists.