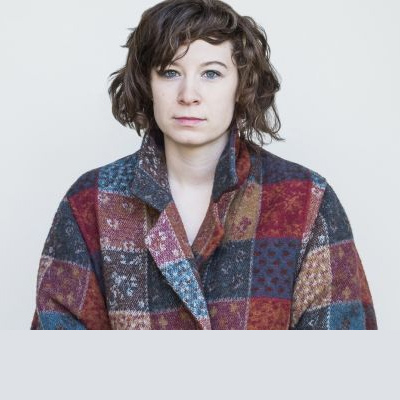 Production is underway on HERE BEFORE, the feature debut of acclaimed writer and director Stacey Gregg starring BAFTA-nominated actor Andrea Riseborough (BIRDMAN, BATTLE OF THE SEXES). Jonjo O’Neill (The Fall, Fortitude), Martin McCann (Calibre, 71) and Eileen O’Higgins (Brooklyn) round out the cast. HERE BEFORE will shoot in and around Belfast for four weeks.

After new neighbours move in next door, a bereaved mother, played by Riseborough, begins to question her reality in this unsettling psychological thriller written and directed by Stacey Gregg. Belfast born and based, Stacey Gregg is a writer, director and performer for stage and screen. Most recently, she co-directed INSIDE BITCH for the Royal Court Theatre and Clean Break. Her writing credits include Sophia Al-Maria’s series LITTLE BIRDS currently shooting with Juno Temple and RIVIERA, both for Sky Atlantic; as well as THE INNOCENTS and on the new Charlie Covell series KAOS for Netflix.

HERE BEFORE is produced by Julia Godzinskaya and Sophie Vickers of Rooks Nest Entertainment (THE WITCH, OBVIOUS CHILD), who recently wrapped on Aneil Karia’s SURGE for BBC Films and the BFI, starring Ben Whishaw. HERE BEFORE is financed by BBC Films, Pia Pressure and Northern Ireland Screen. Executive Producers are Eva Yates for BBC Films, Pia Getty and James Durrant for Pia Pressure and Will Norton for Rooks Nest.

HERE BEFORE was originally developed with Northern Ireland Screen before further development through the iFeatures scheme run by Creative England and supported by the BFI, awarding funds from the National Lottery, BBC Films and the ScreenSkills Film Skills Fund with contributions from UK film productions. It is the first film from the fifth iteration of the iFeatures scheme to go into production.

Eva Yates, Commissioning Executive at BBC Films said: “It’s testament to Stacey’s immense talent that she has attracted such an exceptional cast to her debut feature. We are thrilled to be working with Stacey and again with Julia and Sophie at Rooks Nest who have assembled such enthusiastic and supportive partners for this very special film.”

Andrew Reid, Head of Production at Northern Ireland Screen, said: “It is great to welcome Stacey home to Northern Ireland to make her first feature film. Stacey is an incredible talent who‘s compelling script has attracted an impressive cast line up. We are thrilled to be involved and wish the entire cast and crew a very successful shoot.”

Riseborough will next be seen starring in Nicolas Pesce’s reboot of THE GRUDGE opposite Demián Bichir and John Cho. Following, she will be seen in Stefano Sollima’s true-crime series ZEROZEROZERO, focusing on the cocaine drug trade that premiered at the 2019 Venice Film Festival. She has completed production on a variety of additional upcoming projects including Brandon Cronenberg’s thriller POSSESSOR, Zeina Durra’s drama LUXOR, and LOUIS WAIN opposite Benedict Cumberbatch and Claire Foy. Riseborough is represented by CAA, Untitled Entertainment, Independent Talent Group and attorney Patti Felker.