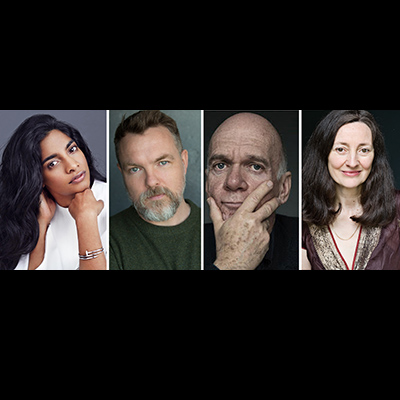 Hope Street will celebrate the warm-hearted and good-humoured people of the town – as they build a future together rather than dwelling on the differences of the past. The series is set in the fictional town of Port Devine on the Northern Ireland coast and will focus on Port Devine’s police department – and the mysterious arrival of English Detective Constable Alimah Kahn, the first Muslim police officer in the town’s history. The character-led series combines a long-running serial narrative with self-contained crime stories in each episode.

The cast features established and distinguished character actors including Brid Brennan (Brooklyn) as Concepta, Des McAleer (The Crown) as Barry, Ciaran McMenamin (Primeval) as Finn and Amara Karan (The Night of) as Alimah.

The drama is the latest commission to be announced as part of the BBC and Northern Ireland Screen Partnership Agreement. The successful partnership, which is soon to be renewed for its third term, continues to support the screen industry in Northern Ireland and help ensure that Northern Ireland is better represented to audiences across the UK and internationally.

Carla-Maria Lawson, Head of BBC Daytime and Early Peak, says: ““I’m thrilled that we’ll be bringing the beautiful backdrop of Northern Ireland to BBC One Daytime viewers in this exciting new drama, which is coming from such a stellar team.  I’m sure our audiences will love the intriguing characters who inhabit Hope Street and relish soaking in their surroundings.”

Emily Powers, Head of BritBox North America, says: “Hope Street offers a modern twist and a fresh setting for the mystery shows that are popular with BritBox fans. It’s a new take on a beloved genre, set in an area rich in history.”

Paul Marquess, Executive Producer says: “After nearly 30 years of producing drama in England, I am beyond excited to be heading home to make Hope Street. Set on Northern Ireland’s stunning coastline, the series is a celebration of local writing, acting and production talent. Warm, engaging and funny, Hope Street presents Northern Ireland to the world in a fresh new light.”

Eddie Doyle, Head of Content Commissioning, BBC Northern Ireland, says: “Audiences are really going to fall in love with Hope Street’s gripping storylines and cast of colourful characters. It’s great to see a new drama go into production in Northern Ireland that will showcase the humour and warmth of the people here as well its beautiful locations. Paul and Donna have created a wonderfully witty drama and we look forward to bringing it to audiences next year.”

Filming on Hope Street will begin later this month, series one will air on BBC Daytime and BBC One Northern Ireland in 2022, and will exclusively premiere on BritBox in North America.