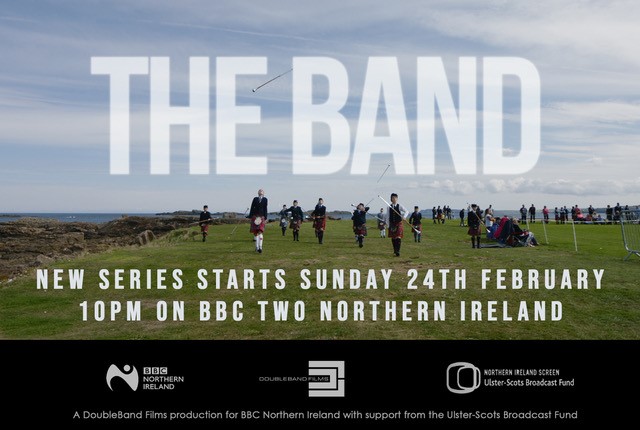 The Band is a new series for BBC Two Northern Ireland that brings us into a remarkable world of colour, character and community. A community brought together by a shared love of music and performance. This is the world of marching bands – a strong part of the Ulster-Scots tradition – as we have never seen it before.

Beginning on Sunday 24 February at 10pm The Band is a three-part series about the people, young and old, who dedicate so much of their lives to their band.

Intimate and revealing, the programmes meet those involved in bands across Northern Ireland.  For them, the band is family.  It gives them a sense of being part of something special, a chance for cultural expression and to share the music passed down from generation to generation.

For champion drummer Richard and his 9 year-old son Jamie from Ballygowan, the band isn’t just about the music alone, being part of the Major Sinclair Pipe Band has also provided them with the opportunity to form a precious bond as they play alongside each other.  Jamie comes from a long line of bandsmen as his grandfather was also involved. Jamie’s involvement from such a young age has unlocked a special talent for music.

The Band also catches up with Rachel from Antrim and the Kellswater Flute Band as they take part in the County Antrim Grand Black Chapter Last Saturday demonstration in Larne.  She is part of a band family with her parents Gregory and Sylvia.

Later in the series Amanda Lee from Fivemiletown in County Tyrone and three of her children talk of their love of music and the joy they share playing as part of the Cavanaleck Pipe Band in County Fermanagh. And the Ravara Pipe Band from Ballygowan takes part in the Royal Scottish Pipe Band Association competition in Portrush