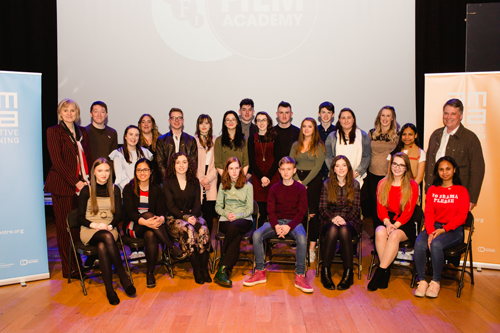 This programme offers young people the chance to be part of the future film industry.  Participants get hands-on experience in filmmaking and participate in masterclasses with industry professionals, learning what it takes to make it in the film world.  In groups they produced two short films, which were showcased at this event and there was a great turnout of people.  The students also, throughout the 6 months, were working towards gaining an NCFE Award qualification.

A great night was had by all, and a chance for the young people to show off their hard work and skills acquired throughout the programme.