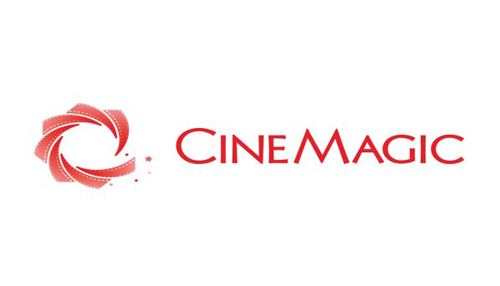 The Opening night of the Festival will be marked with a special preview of The LEGO NINJAGO® Movie, the new animated adventure in Warner Bros. Pictures’ LEGO® franchise, and the Festival Closing preview is Paddington 2, the much anticipated sequel to the worldwide hit family film!

Special events/ Q&As: The Festival is proud to welcome Sir Tony Robinson who will be ‘In Conversation’ with festival audiences to discuss his rich and varied career and Seamus McGarvey, Armagh native, one of film’s foremost cinematographers, who will talk with aspiring filmmakers before a screening of Avengers Assemble, and the Student Film Night returns with this year’s offering, cult movie Ghost World in the Black Box. 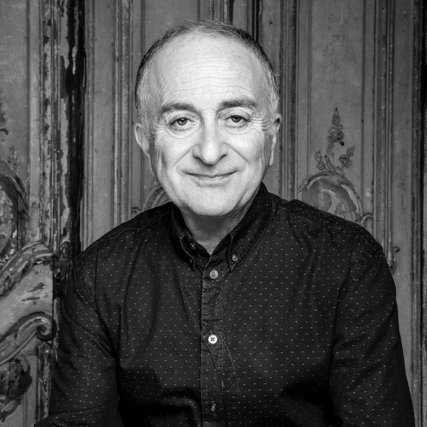 Films: Audiences can travel the world from their cinema seats and celebrate stories, peoples and cultures from around the globe with a diverse cultural film programme for all ages to enjoy.By providing film fans with an outlet for world cinema, the aim is to develop and nurture a broader understanding and love of film, so the Festival is looking for enthusiastic ‘CineSeekers’ and ‘CineFocus’ young film reviewers, to view and judge these in-competition films of the festival! Highlights of the children’s features in Odyssey Cinemas include The Oddsockeaters, a heart-warming Czech-made comical story of a small Oddsockeater in a big world; Oskar’s America, a Norwegian adventure following a 10 year old and his eccentric neighbour who plan to cross the Atlantic Ocean in a rowboat and German drama Wendy, a story of friendship between a teenage girl and an untamed horse Dixie.

The New World Cinema strand in Queen’s Film Theatre presents 12 fascinating and thought-provoking features including the delightfully chilling ghost story Room 213 from Swedish director Emelie Lindblom; The Lion Woman, an emotionally gripping story in the tradition of The Elephant Man and Mask; a tender-hearted coming-of-age drama from Finland Little Wing; and Lane 1974, based on the true story from Clane Hayward’s memoir The Hypocrisy of Disco, which follows a teenage girl growing up in a California commune who longs for a more stable life. Lane 1974 will feature a Q&A discussion with its director S.J. Chiro and producer Jennessa West.

The Documentary Forum offering includes The Other Kids, which follows young Mubiru Rigan who dreams of being the next Fernando Torres and scoring a goal that brings Uganda their first African Cup; Danish film The Wait, about a 14 year old girl and her family who fled Afghanistan and are now living in Denmark fearing deportation; For Ahkeem, a powerful story that illuminates the challenges that many black teenagers face in America today; and Born in Syria, a touching insight to the refugee experience, filmed in twelve countries following seven children as they escape Syria and arrive in the ‘promised land’ of Europe.

Fans of animation shouldn’t miss the Super Dark Tales thread of the film programme with screenings of Loving Vincent, the world’s first fully painted feature film about the mystery surrounding the death of famed painter Vincent van Gogh in 1890 France; Borley Rectory, chronicling what came to be known as ‘The most haunted house in England’ and this will feature a Q&A with director Ashley Thorpe; The Girl Without Hands, from acclaimed short filmmaker Sebastien Laudenbach, which presents a dreamlike take on the Brothers Grimm story; and Extraordinary Tales, where five of Edgar Allan Poe’s best-known stories are brought to vivid life in a heart-pounding anthology featuring an all-star voice cast including Sir Christopher Lee, Guillermo del Toro and Julian Sands.

The Career Crafts masterclasses offer opportunities for 12-21 year old. This year the festival presents Art Direction with David Bowes, whose credits include The Selfish Giant, Happy Valley, and The City and the City; Animation with Mark Mullery, from Oscar nominated studio Cartoon Saloon, Film Classification with Lucy Brett, BBFC; and Costume Design with Louise Stanton who worked recently on Michael Inside, winner of Best Irish Film at the 2017 Galway Film Fleadh.

Master Storytellers, Activity Screenings and History on Film: The Ulster Museum will host an eclectic series of films and special events for all the family to enjoy. A Master Storytellers focus on Dr.Seuss includes screenings of The Lorax with a recycled arts & craft workshop and Horton Hears a Who! Comic book fans will be flocking to The Peanuts Movie accompanied by a mini-comic making workshop with the Comic Book Guys and young people can enjoy some circus fun before a screening of the Disney classic Dumbo. The world of film music will come alive with a String-tastic showcase of music treats before the adventure-filled cinematic delight Robin Hood and kids can get ready for peaceful slumber at the annual Cinemagic Pyjama party, with storytelling, milk & cookies and a screening of Snow White and the Seven Dwarfs!

History fans can soak up facts and figures during the History on Film- World War 1 focus with an interactive demonstration from History Live and a screening of War Game, a beautiful animated story adapted from the award-winning book by Michael Forman; the USPCA will participate in a discussion about the important role that animals played in the war effort along with a screening of War Horse and the 1970 classic movie The Railway Children will bring young festival-goers on a drama-filled adventure! 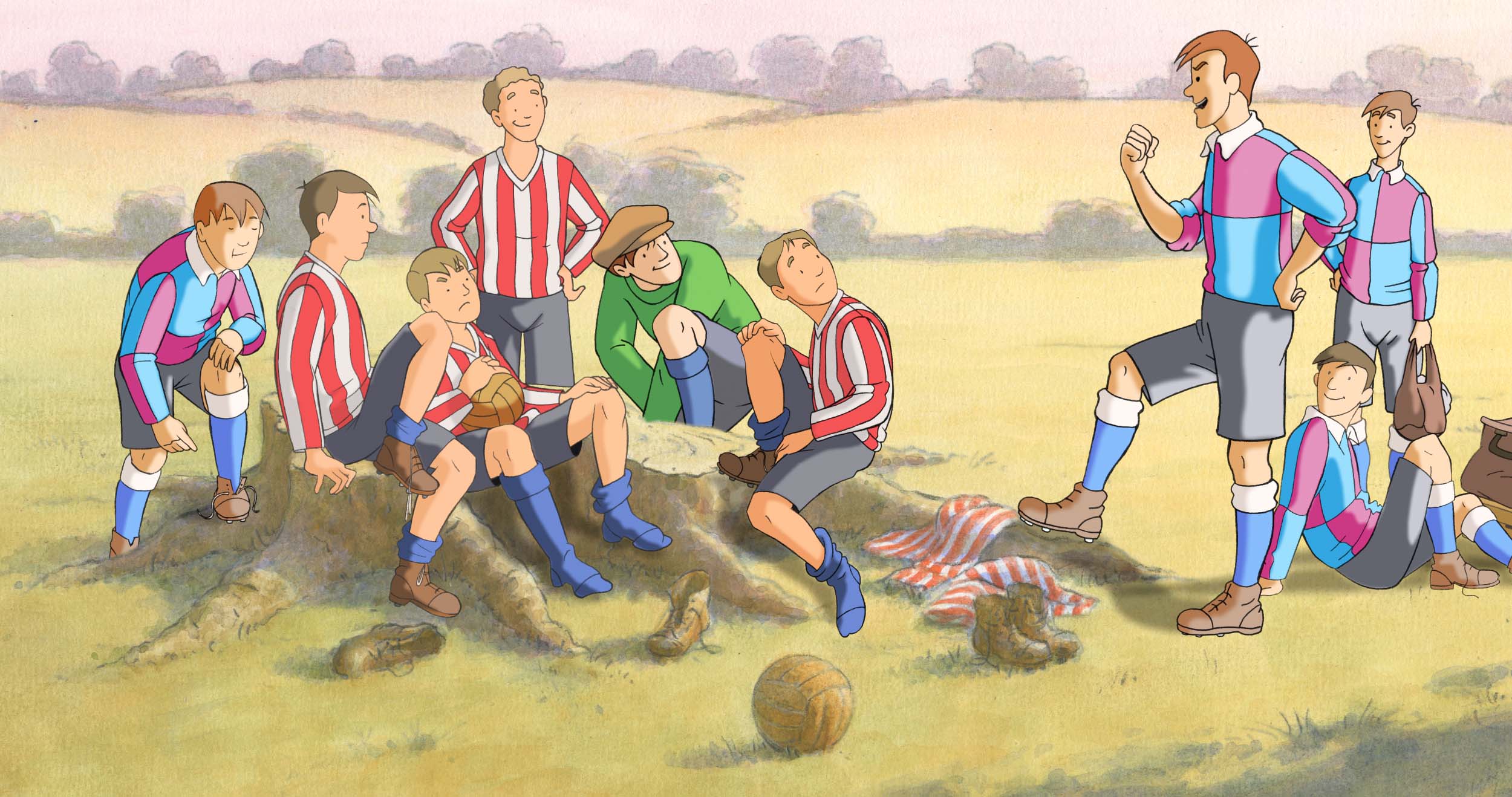 All generations of the family are encouraged to participate in the Cinemagic family classic films at Strand Arts Centre where movie showings of Annie and Pinocchio feature as part of Belfast City Council’s Positive Ageing Month programme.

No Alibis Bookstore will host Shorts for Shorties, and Around the World in 60 minutes, collections of animations for tiny tots, Tales at Twilight, will showcase book to film adaptations introduced by local authors Jan Carson, Kelly McCaughrain and Pauline Burgess. Film titles include The Iron Giant, The BFG and Muppet Treasure Island. The festival is also proud to welcome award winning author and illustrator Niamh Sharkey for a special event. The former Irish Laureate for Children’s Literature will host a ‘monster doddle’ workshop before a reading and screening of a spooky Halloween episode from Henry Hugglemonster.

Cinemagic Chief Executive, Joan Burney Keatings said “We are proud to unveil the programme for the 2017 Cinemagic Belfast Festival, with over 200 films and a host of special events set to light up cinema screens in the city. With thanks to our funders, sponsors, supporting venues and partners, we have been able to present the very best cinema from around the world and design practical and inspiring workshop opportunities for audiences to gain an insight to the film and television industry.”

Lord Mayor of Belfast Councillor Nuala McAllister, said “Cinemagic provides hope, aspiration, training and skills for young people entering the workforce and Belfast City Council is pleased to fund this organisation which not only stimulates economic growth and creativity in young people, but also promotes Belfast globally through its internationally acclaimed film projects.  Cinemagic 2017 will be a highlight on the annual Belfast Festival events calendar for children and young people, and families – and this programme is an example of the impressive cultural offering provided by this city for all ages.”

To book tickets to attend any of the above events, click here.